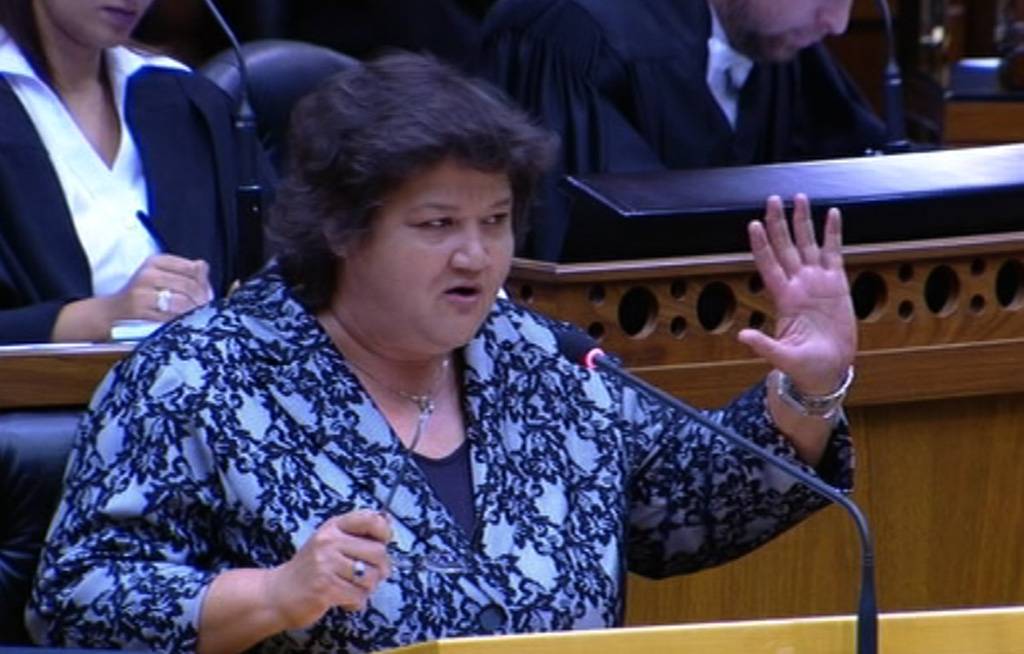 CAPE TOWN - Public Enterprises Minister Lynne Brown on Tuesday said the Gupta brothers were not her “dinner people” but that she thought the focus on one family was misplaced and her call for a review of Eskom’s coal contracts misinterpreted.

After delivering the public enterprises budget vote speech, the minister faced questions about the joint venture between State-owned arms manufacturer Denel and the Gupta-associated company VR Laser, and the sale of the Optimum coal mine to Tegeta, also associated with the family accused of wielding improper control over the state.

Brown was pointedly asked at a media briefing whether she knew the Guptas and whether they had sought to influence her decisions, given former public enterprises minister Barbara Hogan’s recent claim that she had had to fend off pressure from them while holding the portfolio.

“I met one of them in the Western Cape 15 years ago,” Brown replied, adding that she could not recall which of the brothers it was and had been taken aback by being asked whether she would attend an upcoming wedding in the family.

“Why would I go to the wedding of somebody I don’t know? They are not my dinner people.”

But she added that ministers and others of government were free to associate with whom they choose and at issue for the taxpayer was only whether she behaved impartially and in the interest of the state when making executive decisions.

“I don’t know if people should be determining my relationship with people… The issue for the taxpayer is am I giving anybody the deal and I can say that to you, no.”

She added: “Should the Guptas be doing business with the state? Well, I don’t know why they should not be doing business with the state. If nobody has taken them to court, nobody has charged them, they have come in cheaper on coal than other companies, which is better for the taxpayer. Are they getting it in an untoward way, are they being favoured, bring me the proof of it and I will absolutely investigate it.”

Brown added that she had asked the Denel board about the company’s Asian venture with VR Laser and was told that it had come to the directors’ attention some three months into their tenure.

“I asked the chair and he said: ‘Oh we were board members for about three months when the suspended CEO brought it to us’,” she said.

“The story in the media is that I had to get the old board out of the way so that this board will take the Denel Asia matter forward. It is just ridiculous.”

Brown noted that Denel’s assocation with its partner in Denel Asia went back 15 years. She said the manner in which it had proceeded in the absence of formal state approval fell into a grey area where technically it might not be in the wrong, but did not appear to have acted in the spirit of the law.

Denel and VR Laser formed Denel Asia in January, but National Treasury has said it failed to secure executive approval in terms of the Public Finance Management Act.

“Legally probably there is nothing wrong, but the spirit of the law is also what needs to be taken into cognisence. The minister of finance and I must still meet to make a further comment that we will make within this issue.”

Brown added: “Are they doing business with people who have been found guilty in a court of law, are they violating any laws other than public sentiment? I can hear public sentiment, but I have to be fair to the companies. I have asked them not to trade until we resolve that issue.”

She also denied that there would be a targeted investigation into Tegeta surrounding coal supply. Instead she wanted Eskom to review long-standing, so-called cost-plus contracts with major coal suppliers from whom it obtains some 51 percent of its coal, to the tune of about R23 billion.

It was an opportune time to do so as the onerous contracts were expiring in the next two to three years.

“Let’s put it all on the table so we see what we have in our midst because it must make any of us wonder, other than the focus on a particular family … why we only care about the 1.8 percent and we don’t care how the other 51 percent is spent.”

Eskom CEO Brian Molefe added that the utility was taking legal advice on whether assets attached to these coal mining operations had in fact accrued to Eskom because of the capital expenditure it incurred by nature of the contracts.

If so, the assets should be placed on Eskom’s books, he said.