Guptas use Waterkloof airforce base as private landing strip 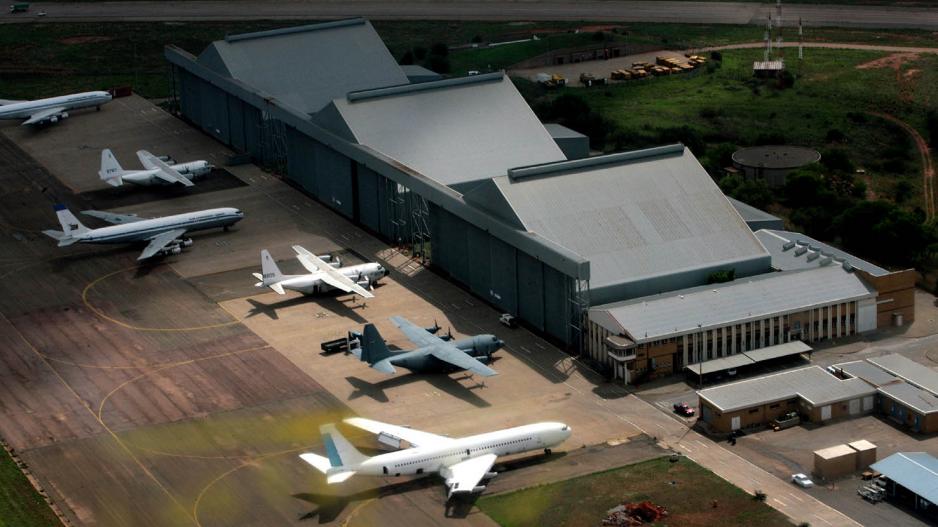 An aerial photograph shows Waterkloof Air Force Base during a media tour of the facility on Thursday, 13 November 2008. SA Air Force chief Lieutenant General Carlo Gagiano briefed journalists on the state of the Air Force.

Reports have emerged this morning that the Gupta family has been using Waterkloof airforce base to land charter planes full of VIP wedding guests.

Eyewitness News broke the story on Twitter this morning, saying dozens of Gupta family members arrived at the airforce base from India on chartered flights.

The family members were reportedly met by a convoy of Range Rovers, Mercedes and buses, and escorted by SAPS VIP protection officers, who turned on their blue lights and sirens as they left the base.

However, the Guptas released a statement saying the airforce base was used with full permission of the authorities to receive foreign dignitaries, including some ministers.

"It is a conventional and common practice between countries in receiving officials from another state.

"Waterkloof was used as Lanseria airport could not accommodate the size of jet chartered by the family. The permissions were applied for and granted to the Indian High Commission and not the family.

"These rights can be applied for by any foreign embassy. Naturally suitable protocol was used to receive and transport the foreign ministers to the wedding," said Gupta wedding spokesman Haranath Ghosh.

Pikkie Greef, a spokesperson for the South African National Defence Union (Sandu), says that it is "unprecedented" to use the military airport for private use.

Over 400 guests are expected to attend the lavish multi million rand Hindu ceremony.

The Gupta family own the daily newspaper, The New Age as well as Sahara Computers. The three day extravaganza kicks off over three days this weekend at Sun City.

The wealthy family have pulled out all the stops for the ceremony including flying-in Bollywood performers and booked out almost the entire resort for the event, billed as the wedding of the year.

Both local and international personalities will witness the nuptials between Vega Gupta, 23, and Aakash Jahajgarhia.

The bride to be is Achla’s daughter, the only sister to the three powerful Gupta brothers. Her father is Anil Kumar. The three Gupta brothers are Ajay, Atul and Rajesh.

It has been reported that the entire event will include six ceremonies and the reception will be held at the Sun City Superbowl.

The Gupta’s have spared no expense for the wedding and will be serving up a variety of vegetarian foods.