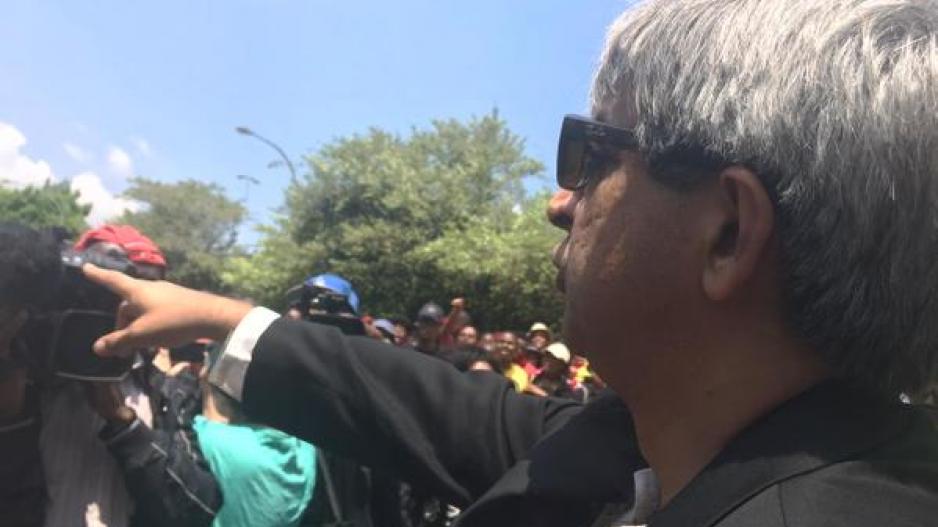 Witwatersrand Universitys Vice Chancellor Adam Habib on Friday told emotionally charged students that only the institutions council had authority over tuition fees, and not him.

JOHANNESBURG - Witwatersrand University’s Vice Chancellor, Adam Habib, on Friday told emotionally-charged students that only the institution’s council had authority over tuition fees, and not him.

Habib, who flew in from the Higher Education Summit underway in Durban, KwaZulu-Natal, to attend to student demands, was kept waiting for two hours by demonstrators as they awaited for more students to arrive.

Habib told her there was nothing he could do as he did not have the authority to reverse the decision himself.

“Unfortunately, we will not negotiate on the fees. Actually, no student should pay fees here at Wits,” Mkatshwa said to loud applause.

She added that three out of 30 council members voted against the fee increase.

The demonstrators also demanded that Habib resign, that the outsourcing of workers be halted, that residences and buildings be renamed to names agreed upon and that the SRC be reconstituted to ensure appropriate representation in the council.

Mcebo Dlamini, who was expelled as SRC president, took to the podium and demanded that Habib resign as the institution was better off without him.

“Habib arrived with oppressive policies here at Wits, workers earn R1,500 under him. This is the same man who chose to go to Durban while the university was burning,” he said.

The students vowed to stage a sit-in across the institution and protest until their demands were met.