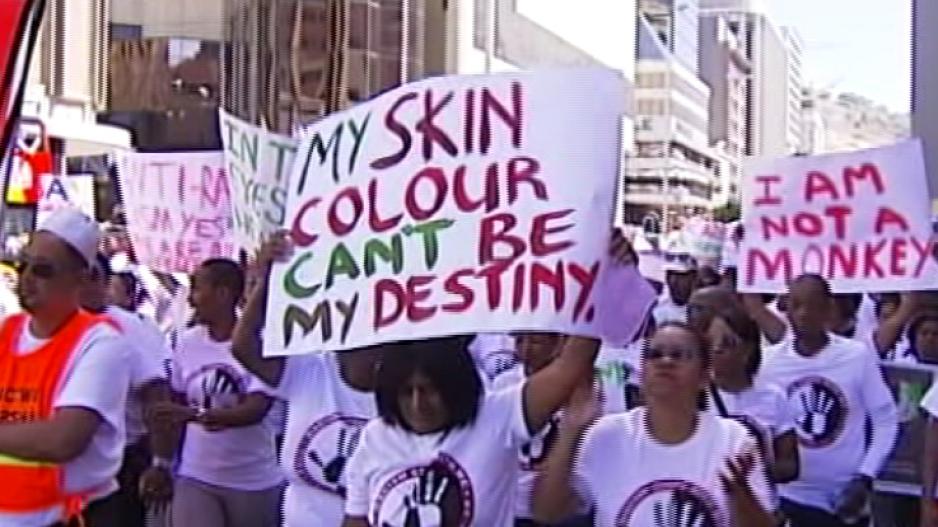 Cape Town, 19 March 2016 - The fight against racism is gaining momentum. Members of the South African Clothing and Textile Workers Union have taken to the streets of Cape Town, in protest against the scourge.

JOHANNESBURG - Government is calling on South Africans to contribute to the drafting of a bill to criminalise hate crimes.

The move is part of the national action plan to combat racial discrimination and intolerance, following several recent racist rants.

Officials hope that when the bill becomes law, it will send a clear message to perpetrators that certain kinds of behaviour will not be tolerated.

The public may comment until the end of August.