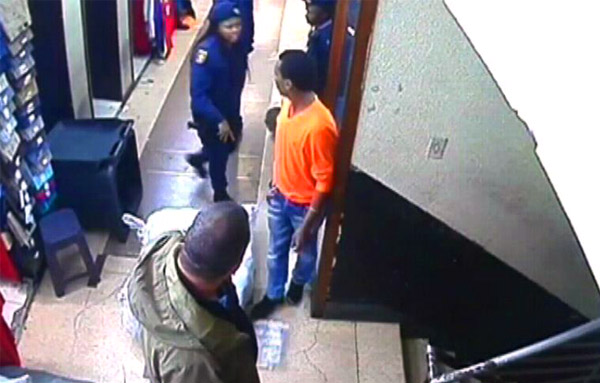 JOHANNESBURG - Informal traders and foreign business owners in Johannesburg have joined forces to rally against the city’s clean-up campaign.

Several raids have taken place in the city centre over the past two weeks.

Officials said they&39;ve been ordered to look for and confiscate any counterfeit and illegal goods, but the traders claimed the raids were a cover for other criminal activities.

Scenes like an assault on a foreign shopkeeper two weeks ago had informal traders and business owners seeing red.

Foreign business owners have since joined forces with local traders in a bid to tackle corrupt officials. They claim the raids are a front for criminal activity.

“They came to the shop, they started harassing the customers, my workers... He asked me to open the store, I opened it I showed him everything, and so he started asking for money, and was asking me for R5000 and I ask why should I pay R5000, he said okay make it R3000... When he saw the camera, he had to say, come inside because I don&39;t want to be seen on camera,” said businesswoman Mehret Biza.

“We are being evicted so that they can clean the city of the poor for the rich. They want Johannesburg to look like all the suburbs,” said Workers&39; and Socialist Party member Mametlwe Sebie.

It looks like the battle of the CBD has just begun. Metro police say they have a mandate to clean up the streets, but traders say they will continue operating - with or without permission.