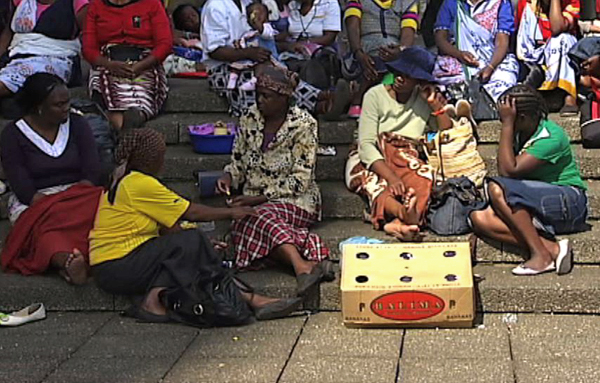 JOHANNESBURG - Informal traders are taking the Johannesburg mayor to court.
They say the city&39;s clean-up programme is leaving thousands unemployed, but city officials say they&39;re just getting started, and plan to roll out the project throughout the city centre.
The City of Joburg is on a clean-up campaign, an effort to instil some order in the hustle and bustle of street traders.
For many years vendors have bought annual trade permits, but now authorities want them to reregister, to make sure everyone&39;s paperwork is in order.
"How do you balance between the orderliness of the city, clean safety and an economic hub? Trading has to happen, but in a very organised, safe manner,” said City of Joburg spokesperson Nthatisi Modingoane.
Pulled off the streets for over a month, many informal traders have run out of patience ... and money.
"People have been surviving in the city for more than 15 years and then you cannot come now and say go home. Where do you expect them to go?” said African Traders&39; Committee member Matron Mhlanga.
Street traders are now planning to sue the city for lost earnings.
“Some of these people are starving. They can&39;t pay their rent or food because they are waiting for the city,” said the traders&39; legal representative Michael Johnson.
So far, city officials have cleared street vendors from just seven streets. They intend to continue throughout the city centre in the coming months.