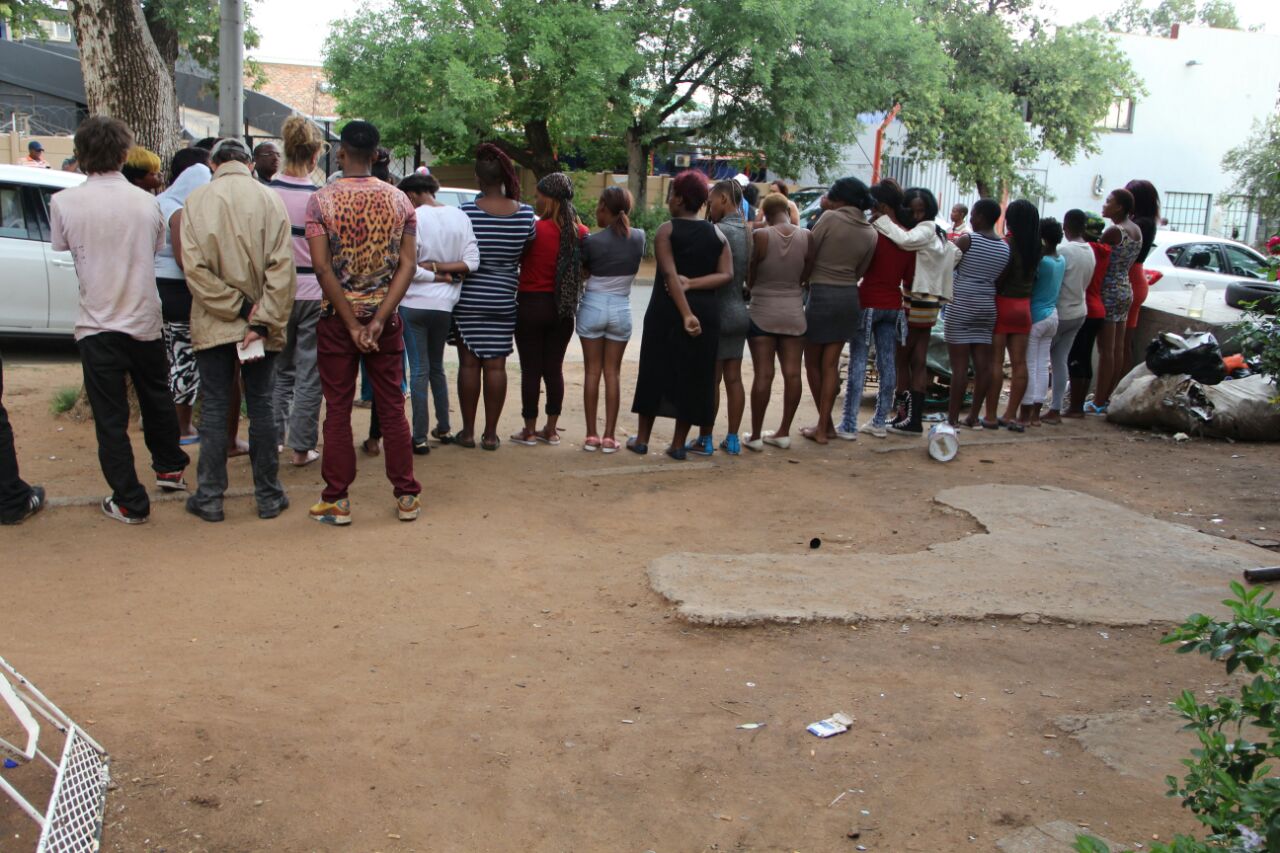 According to Hawks spokesperson Captain Tlangelani Rikhotso, a case of human trafficking is being suspected.

JOHANNESBURG – The Hawks have rescued 26 girls and women from a brothel in Klerksdorp in the early hours of Friday morning, the youngest being a 14-year-old.

The females were aged between 14 and 37.

The Hawks were acting on a tip-off and found 19 men on the premises which have since been detained by police for questioning, one of them being a Nigerian national.

According to Hawks spokesperson Captain Tlangelani Rikhotso, a case of human trafficking is being suspected.

“We have conducted interviews with these ladies and we don’t know what they are alleging is what they have been told to say,” said Rikhotso.

“Currently as we have been doing the interviews, the ladies are saying that they came on their free will and they're basically working there and earning their living but then with cases of human trafficking, the girls are told what to say."

“We can’t rule of human trafficking at this stage.”

Rikhotso said that the men who have been taken in by authorities have not been arrested and charged yet.

The tip-off that the Hawks received claimed that the women were being housed by Nigerian nationals, however the detained Nigerian claims to be a client and not the owner of the establishment and the women.

Upon swooping on the premises, none of the people tried to flee or put up a struggle with authorities.

“There was no struggle, no one tried to run away or anything, everyone co-operated,” said Rikhotso.

“The ladies were willing to assist, they engaged us and giving us information about where they come from and why they are here.

The Hawks informed that they will try to reunite the women with their families.

Some of the women are locals from the area while others are said to be from the Free State, Eastern Cape, KwaZulu Natal and Johannesburg.

“Luckily some of them are from around so we will be able to try and take them to their home,” said Rikhotso.

“As far as the other ones from far away, we will just have to try and put them where they are safe for now and then send them home.”