He will always be with us - Mandela family 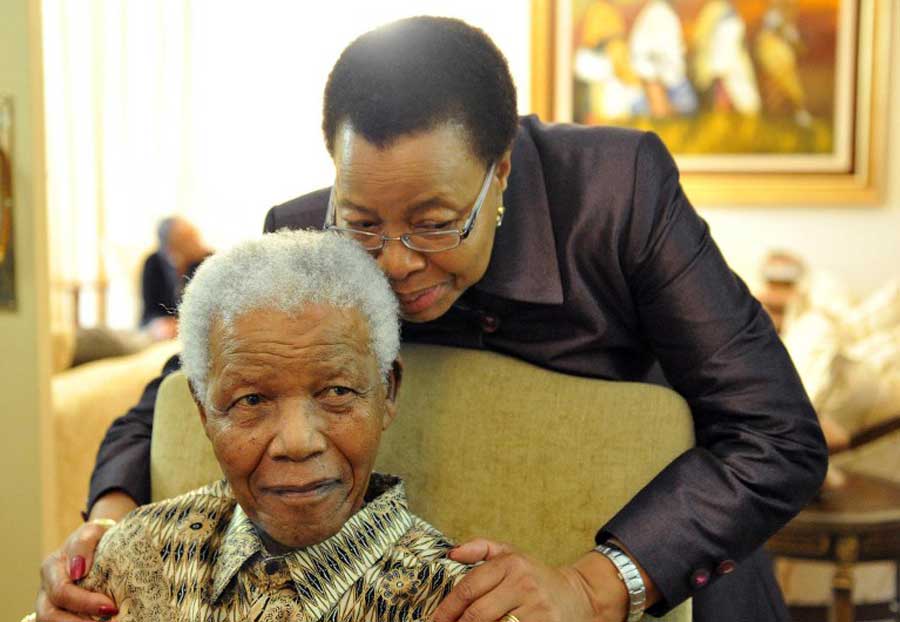 A handout photo provided on May 16, 2011 by the SA government shows former President Nelson Mandela (L) posing with his wife Graca Machel on May 16 2011.

JOHANNESBURG – The Mandela family has released a statement sharing their sadness at the death of Former President Nelson Mandela.

He died on Thursday at 20:50 at the age 95 at his home in Houghton, in northern Johannesburg.

In a statement, family spokesperson General Temba Matanzima said, “Yes, Tata is gone, the pillar of the family is gone, just as he was away during that 27 painful years of imprisonment, but in our hearts and souls he will always be with us.”

The family acknowledged that Mandela’s passing was painful despite its eventuality.

Referring to him as a “pillar of the royal Mandela household,” Matanzima said the family appreciated the values that made him the leader whose life served as a lesson of a life well lived.

“We have lost a great man, a son of the soil whose greatness in our family was in the simplicity of his nature in our midst - a caring family leader who made time for all and on that score we will dearly miss him. He made time for all of us,” said the Mandela family.

"As a family, his presence was like a baobab tree that provided the comforting shade that served as protection and security for us. His presence was a warmth like the spring with its beauty, its phases, and blossoming flowers which diminishes the ugly July dry winds of the Thembu land," he added.

Meanwhile, special  prayer services were held across the country as the world mourns the loss of an international peace icon who fought to see the end of the oppressive apartheid regime.

South African president Jacob Zuma, as well as various members of parliament and the African National Congress attended a service at the Bryanston Methodist Church in Johannesburg.

Mandela’s ex-wife and anti-apartheid activist Winne Madikizela-Mandela was seated in the front row of the church.

At another prayer service at the Bethesda Methodist Church in Orange Grove, Rev Mzwandile Molo was flanked by choir members wearing red dresses with white lapels and hats as he lit a candle and discussed Mandela&39;s life.

Mandela’s wife Graca Machel has remained out of public view since the announcement of his death. His funeral will be held at his Qunu home on 15 December.

Family Statement on the Death of a Great Man