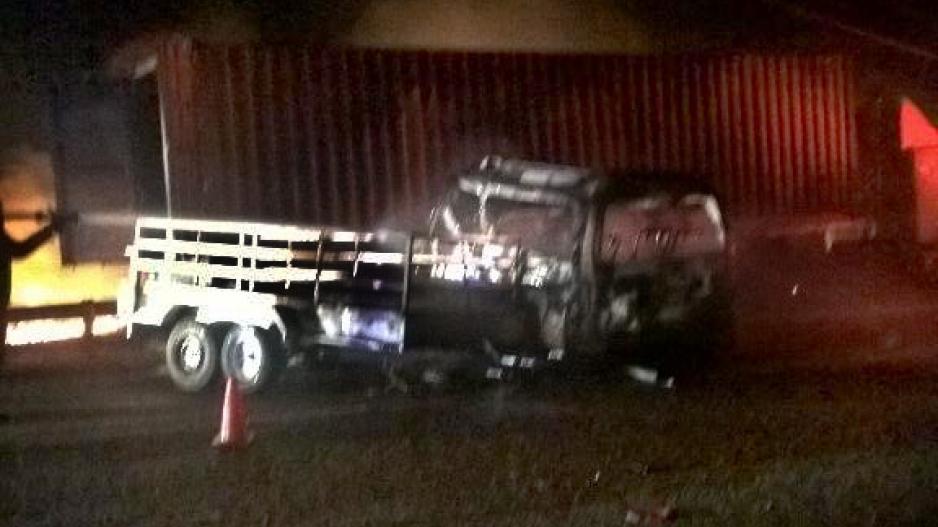 A head-on collision on the N1, south of Naboomspruit, claimed a dozen lives in the early hours of 13 August, 2015.

JOHANNESBURG - A minibus taxi and a truck were involved in a head-on collision along the N1 in Limpopo early Thursday morning, leaving up to 12 people dead.

Police have reported making one arrest so far.

"It is believed that the vehicles collided head-on after which the minibus caught fire," he said

12 people were killed this morning when a minibus taxi and a truck collided head-on along the N1 in Limpopo, south of Naboomspruit.

Zwane said the cause of the crash was being investigated.

"Our investigators are still on the scene investigating, we will know the fuller details as the day proceeds."

He urged motorists to be extra careful when driving at night or during the early hours of the morning, as it was a period generally associated with a high number of accidents.

"The road has been partially opened; there are lanes that people can use to pass through the scene,” Zwane added.