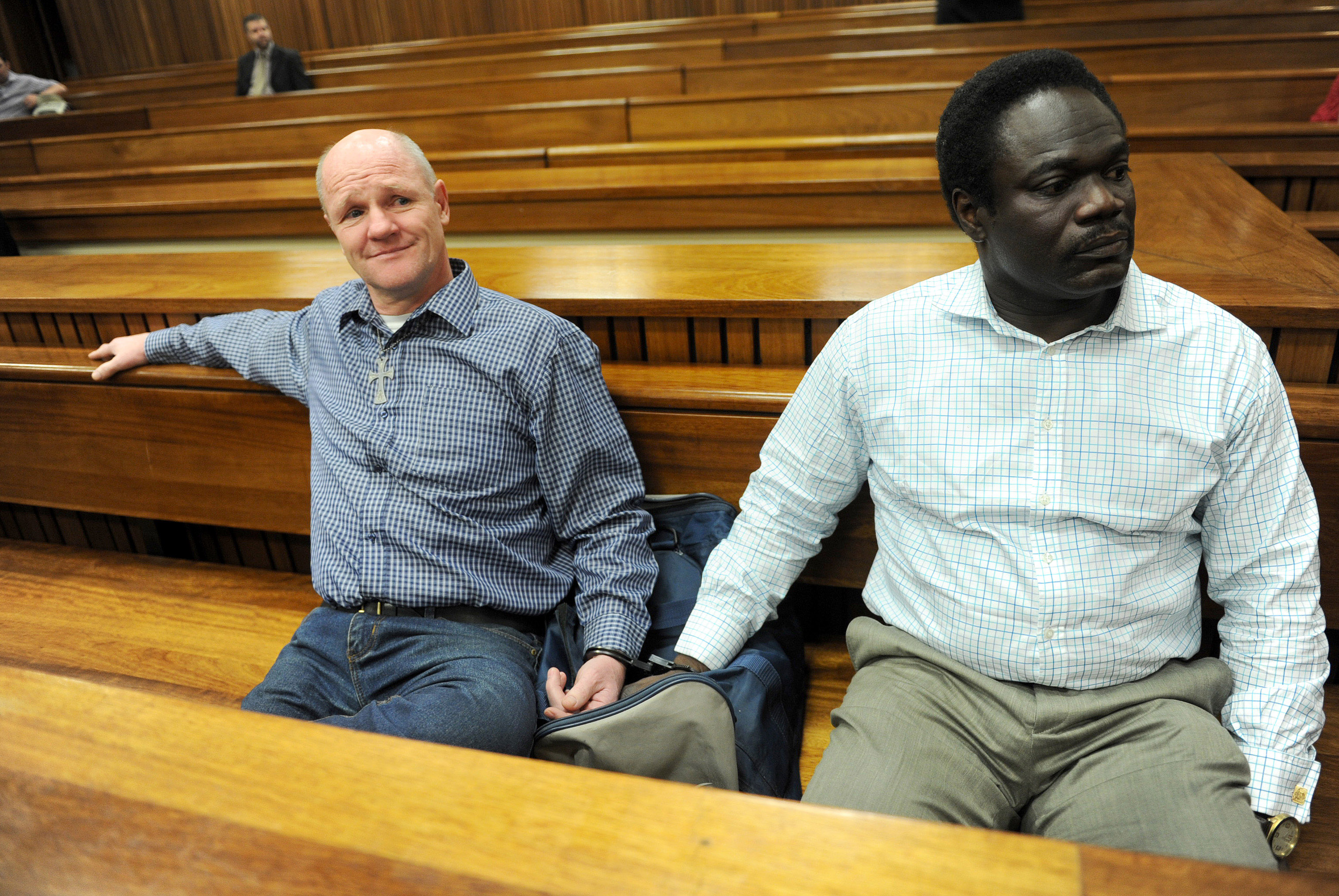 Andre Gouws (L) and his co-accused, former Nigerian Olympic athlete Ambrose Monye will hear their fate on Monday when judgment is expected to be handed down in the North Gauteng High Court.

PRETORIA - The two men accused of killing Pretoria mother Chanelle Henning  will know their fate on Monday when judgment is expected to be handed down in the North Gauteng High Court.

Andre Gouws and former Nigerian Olympic athlete Ambrose Monye have both pleaded not guilty to charges relating to an alleged conspiracy to murder Henning.

The state alleges that Monye and Gouws conspired with two other men.

Policeman Gerhardus du Plessis is also listed amongst the conspirators.

Du Plessis and his co-accused have been sentenced to 18 years imprisonment after confessing to their roles in the murder.

Gouws has admitted in his testimony that Chanelle’s husband, Nico, had asked him to follow her to check if she was using drugs.

The couple was going through a divorce and was embroiled in a custody battle over their son.