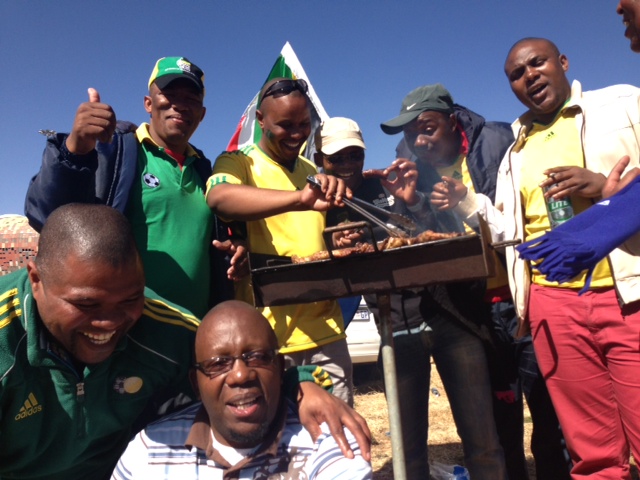 Bafana, Bokke and Braaivleis. This group of miners travelled from the Free State to attend the Nelson Mandela Sports and Culture Day at Soccer City, in Soweto on 17 August.

JOHANNESBURG - South Africans are still locked in a heated debate over the 24th of September. Officially known as Heritage Day, it&39;s referred to informally as National Braai Day.

It&39;s got many South Africans hot under the collar, but others say the light-hearted nickname doesn&39;t mean the intentions behind the day are lost.

From Shaka Day to Heritage Day and now National Braai Day. The 24th of September has undergone several name changes in recent years.

Once the day on the calendar set aside to commemorate the Zulu king Shaka, it later became Heritage Day, a celebration of South Africa&39;s diversity, cultures and traditions.

But in recent years it&39;s been dubbed National Braai Day, with founders urging families and friends to gather around iconic Mzansi barbecues.

Not everyone agrees, though.

Others feel differently though.

“I don’t feel that it takes anything from Heritage Day because you do get everything of the culture from the food that you eat and you have fun as well,” said a supporter of Braai Day.

However it&39;s not all black or white as some try to find a compromise between the two.

“The day could make us forget where we come from, especially if people who are gathered don’t know their cultures. If they can use their Braai Day to teach each other about each other’s cultures then the day will be worthwhile,” said one man.

So whether you’re celebrating the country&39;s heritage, gathering around a braai or even combining the two ... for now, it seems the debate continues.