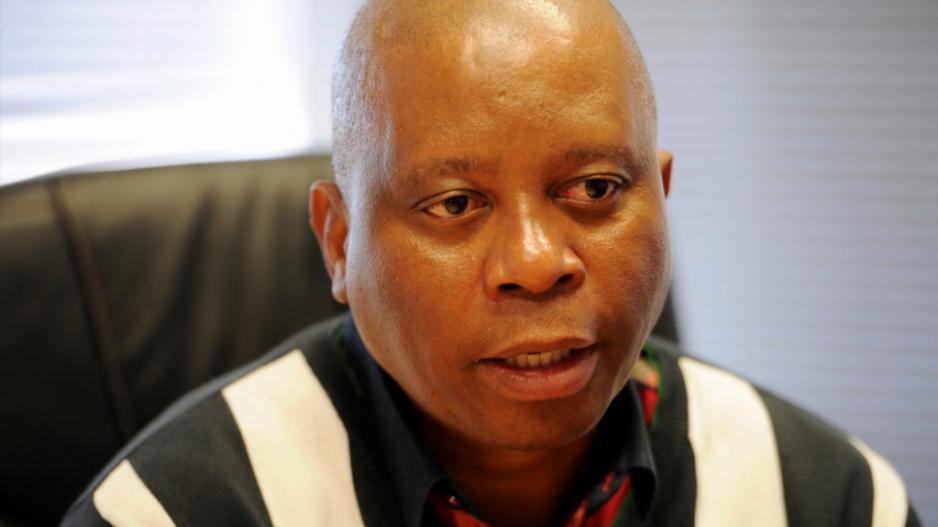 JOHANNESBURG - Businessman Herman Mashaba, whose launch of the &39;Black Like Me&39; range of cosmetic products gained him legendary status, has laid a charge of Crimen Injuria against Penny Sparrow, whose comments on black beachgoers have sparked outrage.

Mashaba, the CEO of Leswikeng Minerals & Energy Limited, who recently put his hat in the ring for the Democratic Alliances mayoral candidacy, has also "instructed my legal team to pursue the case with the Human Rights Commission as a matter of urgency".

The ANC also issued a statement through its national spokesperson, Zizi Kodwa,condemning Sparrow&39;s racist comments, as well as controversial comments by economist Chris Hart which have lead to his suspension by Standard Bank.

The ANCYL, through its national spokesperson, Mondli Mkhize, also weighed in with their response in a hard-hitting attack on unreformed racists.

https://t.co/Q3Tjqg7Av0 | We will attend to Sparrow and her ilk - ANCYL: The ANC Youth League has lashed out at… https://t.co/Z1QBeFmQMj

See all three statements below:-

Ms Penny Sparrow’s recent vitriolic attack on black South African beachgoers cannot go unchallenged. In her unconscionable Facebook post, Ms Sparrow suggested that black South Africans were ‘released’ on the public, and that having to witness ‘black on black skins’ on the beach was a ‘shame’. She hit the highest note on the racism scale and a lowest note on the humanity scale by referring to blacks as ‘cute little wild monkeys’. South Africans have been quick to state their outrage at Ms Sparrow’s vicious racism.

It serves no purpose to ignore the perpetrators of racial insult and disharmony. The discomfort, the pain, and the outrage that we feel when we are confronted by racist bigots needs to be stated. Loudly and clearly and unambiguously. Our responses need to reach the ears of the South African constitutional institutions that deal with these repugnant cases of racial extremism and violence.

At a time when nation building should be uppermost on our agendas, we absolutely cannot allow one single act of racism to go unchallenged. Our constitution blatantly rejects racism. We have every constitutional structure in place to denounce acts of racism. It is every South African’s right and duty to use the constitution and our judicial institutions to take racists to task. We cannot let these racist bigots be the voice of South Africa simply because we won’t speak up.

If a non-racial society is what we desire, then we have to do our part to stop the smallest to the biggest acts of racism.

I have therefore laid a Crimen Injuria case against her at the Umhlali Police Station, Natal, and have also instructed my legal team to pursue the case with the Human Rights Commission as a matter of urgency.

The African National Congress condemns in the strongest terms unwarranted  comments posted on social media by well known Economist, Mr Chris Hart and Miss Penny Sparrow an estate agent with one of the leading estate agent companies in South Africa.

These racially painful and disrespectful posts have gone to the extend of calling black people of this country as "monkeys". Such remarks are reminiscent of the apartheid attitude towards the indigenous people of this country. They also degrade black people as people not deserving of using the beaches in their country of birth. They further accuse the majority of our country, who are mostly black, as having a sense of entitlement and hatred towards the minority.

The ANC finds these comments as degrading and disrespectful to our people and undermines all efforts to build a non-racial and non-sexist South Africa. These kind of views and opinions do not belong in the democratic  South Africa we are building.

The ANC rejects these comments with the contempt they deserve and calls on all South Africans to join in the rejection of all racists in our country, wherever they are. It is sad that well meaning South Africans have to contend with this backward attitude.

"The ANC is pleased with the widespread condemnation of theses comments and also calls for the isolation of any racist actions coming from any individuals or group in our country. The ANC remains committed to the democratic project of building a non-racial and non-sexist society, the foundation of which the ANC was formed."

Mr Hart and Ms Sparrow should have know better and should not be allowed to polarize our society. We have made great progress in building this nation and no amount of racism from individuals or groups must be allowed in our society.

These individuals must also be reminded that this country comes from a very painful past where many people lost their lives and families robbed of their loved ones. We must work together to build a prosperous nation united in our diversity.

Together we must move South Africa forward!

The ANCYL notes the racist slurs of Penny Sparrows and Chris Hart to name but a few racists who&39;ve come out of their closet.

Twenty one years into democracy and our beloved nation is still riddled with racists, who see the majority of this country as monkeys. The views of Sparrows and Hart will never be tolerated by us, and in this regard we are more than ready to ensure you shape up or ship out! As a nation we&39;ve been far too patient and lenient with racists, who on a daily basis add salt to injury while we try to build society. Our time of begging for unity has come to an end. The efforts of our forefathers who instead of fighting back, choose instead the path of peace are being ridiculed by these racist parasites.

The time has now come for you to understand and appreciate that for as long as you live in Africa, our melanin is all you see when you wake up and go to bed. And since you can&39;t stand looking at our black beautiful skin we advise you to seek refuge elsewhere because we are not going anywhere. Our days of tolerating hate speech disguised as free speech have come to an end.

We do not know whether it is coincidentally that some if not most of the people who make these remarks come from the DA. The question we want to ask to the DA: Is the DA a nest for racist people? We ask this because even some members are complaining about racist undertones that are in that organization. Inside the DA there are lucid indication that BLACK people are ill treated. We call on all non racist members of the DA to come to their home the African National Congress.

Within the confines of the law we will be exploring all legal avenues to deal with your hate speech. And call upon society particularly within the private sector to unmask all racists. Our mothers and fathers who work and are treated as sub humans must come out and report racist incidences. Enough is enough.