'He's on his own' Juju says of Mabotja 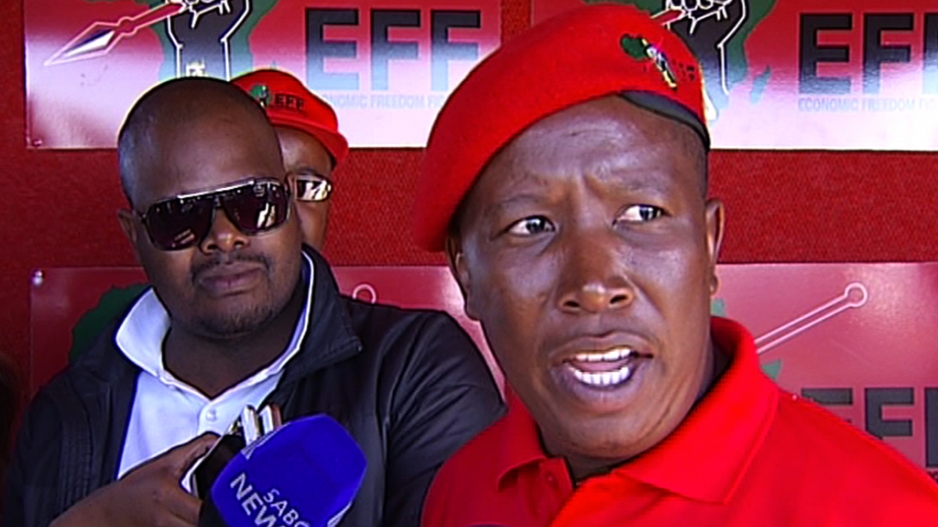 JOHANNESBURG - Economic Freedom Fighters (EFF) leader, Julius Malema appears to have thrown one of his party&39;s ward candidates under the bus.

Juju distanced himself and his party from Tshwane-based Thabo Mabotja, after the EFF candidate was accused of racial slurs.

READ: POLLS: EFF on the rise in Tshwane

"We took a clear conscious decision that we don’t want to get involved," Malema told eNCA.

"Anyone who contradicts the Electoral Act in the name of the EFF – that person is on his own," Malema said.

Mabotja had posted on Facebook that white people should be hacked and killed.

The Independent Electoral Commission (IEC) has taken Mabotja to the Electoral Court in a move that could see him disqualified.

"We are happy that the IEC is taking action. We hope it will not end with the EFF … everybody else who undermines the electoral code of conduct must be taken to task."

The case was postponed to Friday after the Justices expressed unhappiness over how the IEC had served papers on the EFF candidate - they&39;d done so via Facebook, after saying he couldn&39;t be reached as he was campaigning.

IEC lawyers are expected to deliver the summons to Mabotja&39;s door and inform him via SMS.

“In the commission&39;s view the transgression, the infringement is a grave infringement and what they&39;re trying to do is comply with their obligations to deal with complaints of this nature, that are placed before them,” IEC lawyer, Leah Gcabashe told court.