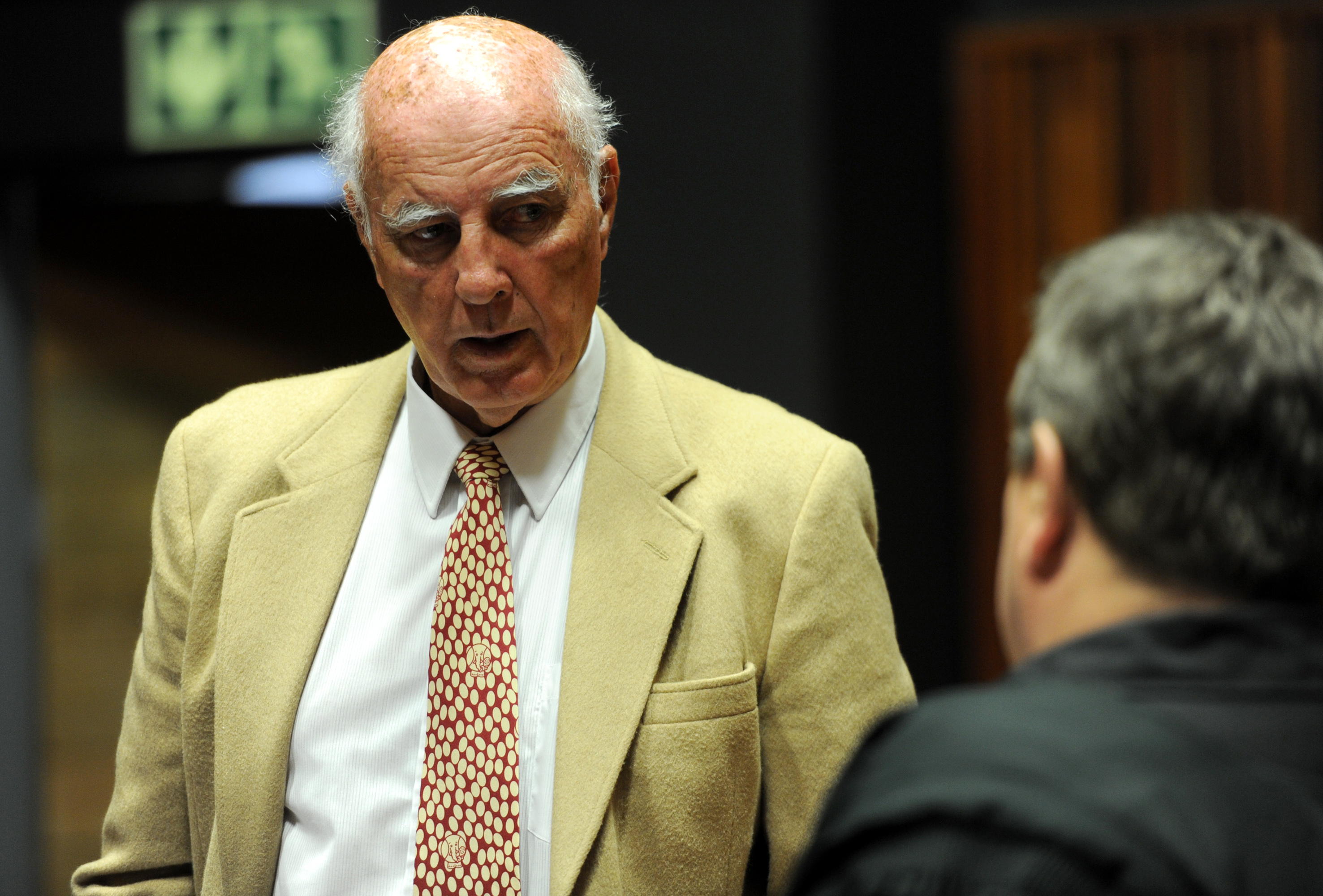 Former tennis star Bob Hewitt speaks to his legal representative during his trial at the High Court in Johannesburg sitting at the Palm Ridge Magistrate's Court on February 10, 2015.

In a letter to Tolken, Hewitt said she should approach him for girl-talk instead of Karen, an older girl he also coached. Hewitt was 41-years-old at the time. Tolken was 12.

Prosecutor Carin Coetzee asked what sort of "girly things" he had meant.

Hewitt, who is on the stand for a second day, said there could have been several as he knew lots about girl things, having been a brother to three sisters. It might also have been about a boy, Hewitt said.

"She crept into my heart and if I could help her in anyway, I would help her," said Hewitt.

He told the court he was always available to all his students, boys and girls.

"I drew the line at the birds and the bees," Hewitt said.

However, asked how talking about boys with Tolken would not have led to a talk about sex, Hewitt failed to answer.

Hewitt, now 75, has pleaded not guilty to two counts of rape and one of indecent assault involving Tolken and two other girls he coached in the 1980s and 1990s.

Tolken has testified that Hewitt touched her inappropriately and forced her to perform oral sex on him 34 years ago, when she was 12.

She told the court Hewitt made her take off her panties and told her to lie on top of him in the bath. She claimed he tried to put his penis inside her.

Tolken told her mother what had happened the a case was opened, but it was not pursued because it was not opened in the area where the alleged incident took place and out of concern for how she would be treated in court.

Another of Hewitt&39;s students, Suellen Sheehan testified that he raped her in 1982 in his car before tennis practice. She was 12-years-old.

A third woman, who may not be named, testified that Hewitt rubbed himself against her back in an inappropriate way during their private tennis lessons.