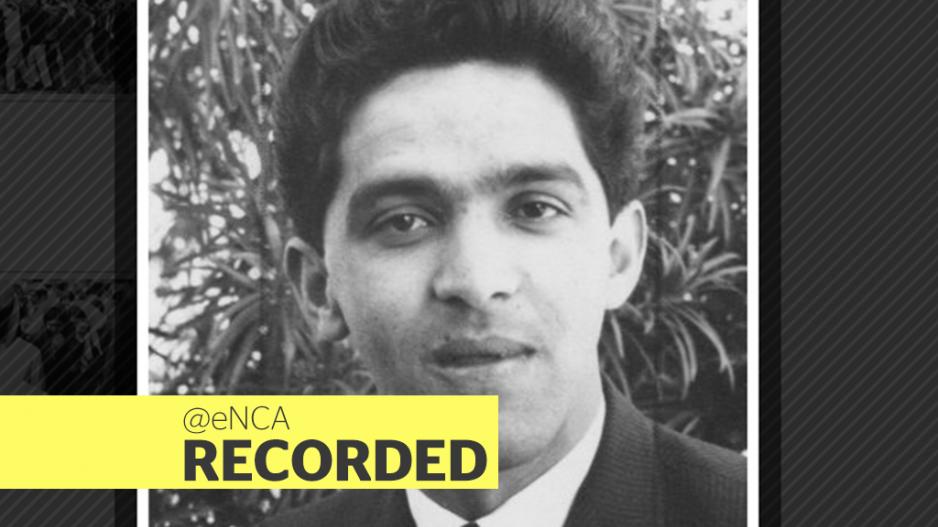 Judgment in the death inquest of Ahmed Timol will be handed down on Thursday at the High Court in Pretoria.

JOHANNESBURG - The North Gauteng High Court ruled that Ahmed Timol was pushed from the 10th floor of the John Vorster police station.

A 1972 inquest ruled Timol's death while in police custody was suicide.

Judge Billy Mothle explained the rationale behind the inquest.

“The nub of this case is what really caused Timol to fall to his death. This is really the question," said Mothle.

"It is not about the cause of death which in essence has been medically diagnosed as arising from severe head and chest injuries consequent to the fall.

"This is the context in which the conspectus of the evidence should be understood”.

Timol, a 29-year-old campaigner against white-minority rule, was arrested in Johannesburg and after five days in detention he died after plummeting from the city's police headquarters.

Officers at the time said he took his own life -- a verdict endorsed by an inquest.

But his family fought the ruling and have campaigned hard to secure the review that finally began in June.

During the review, a Pretoria court has heard from pathologists, former security officers and victims of apartheid brutality.

Their evidence has triggered emotional responses from the public gallery of court 2D -- including from the family who have been present at every hearing, and from struggle-era icons like George Bizos.

A remorseful former officer who served in the feared security branch which held Timol spoke out about his squad's brutal techniques.

Rodrigues was challenged by forensic questioning over apparent holes in his testimony.

Rodrigues could face prosecution if the court finds that he played a role in the death, judge Billy Mothle warned him repeatedly.

- A long fight for justice -

"This entire story of a suicide is a fabrication and it's always difficult to maintain consistency in a fabrication," the Timol family's lawyer said during a hearing in August.

The landmark case has revived memories of the apartheid-era police methods probed by the Truth and Reconciliation Commission which concluded its work in 1998.

It has also given hope to families who lost loved ones in circumstances similar to the Timol family.

In 1977, 23-year-old Matthews Mabelane, another anti-apartheid activist, plunged to his death from the same floor of the John Vorster police station.

Now a victim support group is championing his case, giving his 95-year-old father hope that he will learn the truth at last.

Between 1963 and 1990, human rights activists say 73 people died in police detention, sometimes in circumstances strikingly similar to Timol and Matthews.

For the families looking for justice, the process has been an uphill struggle.

"The government and the (ruling) African National Congress have not done anything for 20 years," Yasmin Sooka, of the Foundation for Human Rights in South Africa, which has helped finance the Timol family's campaign, told AFP recently.