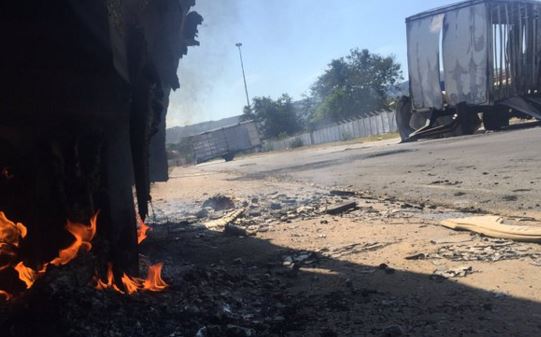 Protesters continue to block roads in Isithebe on the KwaZulu-Natal North coast.

JOHANNESBURG – Residents in Hogsback in the Eastern Cape took to the streets on Thursday to protest over service delivery in the area.

Residents burnt tyres and trees to barricade the main road in the village.

“They are protesting over electricity, water and housing. They have damaged the electricity and water supply in the area,” Makabane said.

Help Help They are rioting in the streets of @hogsback where is the police? They have cut the electricity pic.twitter.com/UcX4eBO75F

Residents have vowed to protest until the mayor of Nkonkobe local municipality, under which Hogsback falls, addresses them.

No arrests have been made but Makabane said police were monitoring the scene.

They are chainsawing the water pipes in @hogsback. And nobody is coming. Send the riot police Please