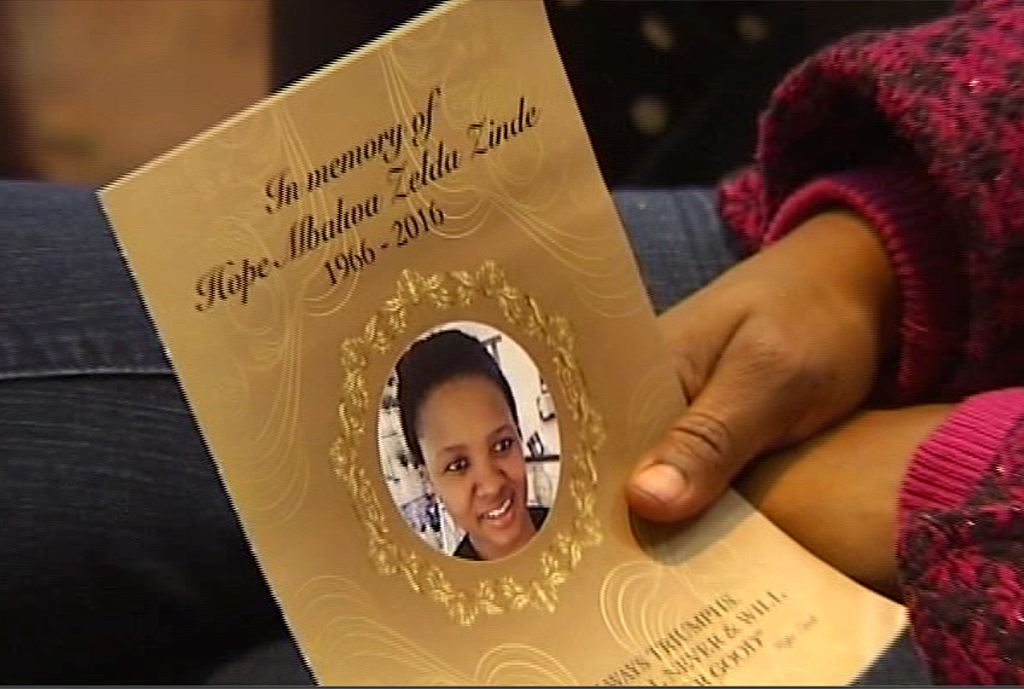 Pretoria, 18 June 2016 - Hope Zinde has been described as a dedicated mother and philanthropist. A memorial service was held for the slain former SABC board member in Pretoria on 17 June.

JOHANNESBURG - Hope Zinde has been described as a dedicated mother and philanthropist at a memorial service held in her honour in Pretoria on Friday.

Many of Zinde’s family, friends and colleagues have pledged to support her son, who’s been charged with her murder.

Numerous speakers at the service have called for action against the scourge of drug abuse.

Childhood friends remembered Zinde as a sophisticated, yet street-smart woman.

Those she worked with, spoke of her legacy in the broadcast industry.

Click on the above video for a report on the memorial service and a report on Friday&39;s court proceedings.