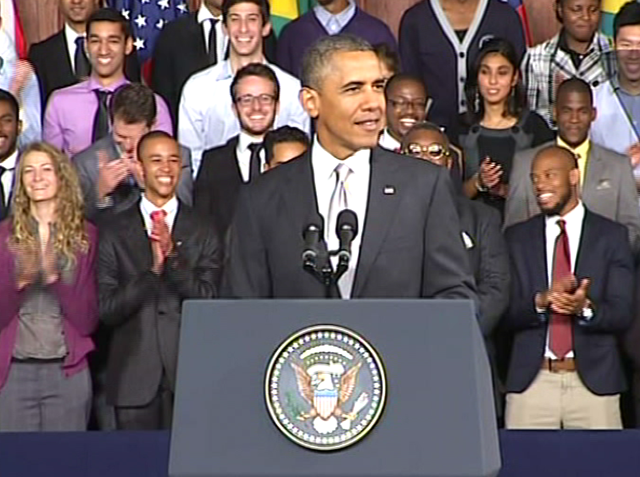 Cape Town - The crowd at the University of Cape Town was enthralled on Sunday as US President Barack Obama surprised his audience with more than five different forms of African greetings.

Obama brushed up on his linguistic skills before meeting with students at UCT. Earlier at Town Hall he greeted a congregation of people with a local “Howzit” followed by “Yebo Mzansi”.

Watch the video where Obama tries his luck with a few African languages.