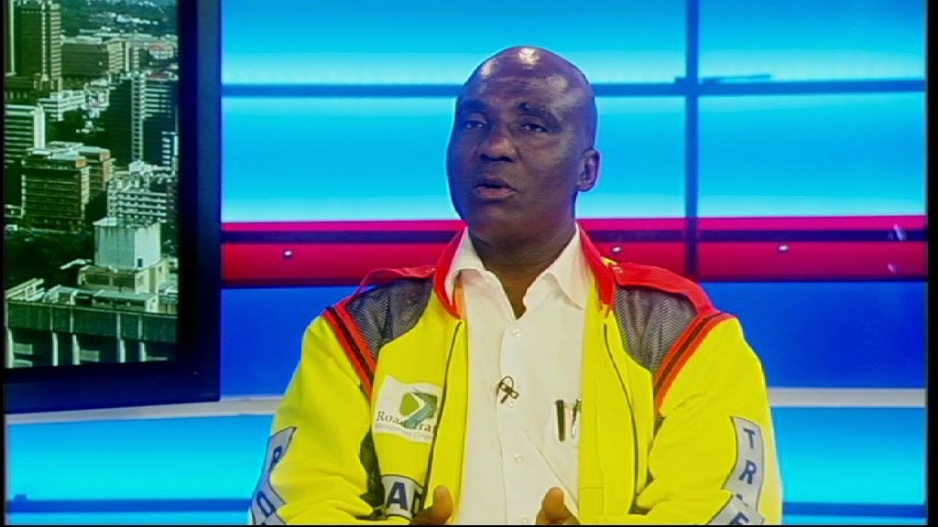 Johannesburg, 11 April 2017 - Transport Minister Joe Maswanganyi and his deputy, are to intensify road safety and law enforcement operations during the Easter weekend.

VERENA - It is concerning that human factors remain the main cause of road accidents in South Africa, Transport Minister Joe Maswanganyi said on Saturday.

“As a government, we are extremely concerned about the unacceptable high levels of motor vehicle crashes and injuries in our country,” he said at Verena village in Mpumalanga during the funeral service of 16 school pupils and a man who died in a minibus taxi accident that claimed 20 lives near Bronkhorstspruit in Gauteng on April 21.

“This can be avoidable if we all prioritise road safety and use our roads responsibly. Anyone who drives at high speeds knows fully well that they may not be able to stop the vehicle if a pedestrian were to suddenly walk into the street ahead of them. And anyone driving under the influence of alcohol knows that at some point they will veer off their lane onto oncoming traffic and cause a fatal crash,” Maswanganyi said.

WATCH: Verena taxi crash victims to be laid to rest

The April 21 crash occurred on the R25 on the border of Gauteng and Mpumalanga when a minibus taxi collided with a truck. The minibus burst into flame and some of the occupants burnt inside the vehicle. A total of 18 pupils, the driver of the minibus, and a general worker from Refano Primary School, all occupants of the minibus, died in the crash which also left seven other pupils injured. The pupils were travelling to their homes in Wolvenkop and Verena from Refano Primary School and Mahlenga Secondary School.

Maswanganyi said his department was at an advanced stage in negotiating with the justice department to finalise the introduction of minimum sentences for negligent and reckless driving. This was aimed at ensuring that there were severe consequences for road rules offenders.

The Road Accident Fund (RAF) spent R33 billion annually on payments for accident claims. This money could be redirected to other government priorities to address unemployment, poverty, and inequality.

“Beyond the funeral, the RAF will still be there to ensure post-crash care support. The RAF will work with the families to ensure claims are handled expeditiously. I hereby appeal to all the affected that [they] don’t speak to touts, those people who say they will help you. They end up taking the bulk of your money.”

Maswanganyi also used the opportunity to take a swipe at former president FW de Klerk, claiming only white people benefited from the RAF under his government.

“We cannot be told by FW de Klerk, who was a leader of the apartheid government, how to run our government. It’s very important for our people not to be fooled by our former oppressors,” he said.

Mpumalanga premier David Mabuza told mourners he had heard the concerns raised by people about the condition of the R25. He said he was also experiencing the pain felt by families of those who died in the crash. “I will send people to look at that road,” said Mabuza.

The 16 pupils and man were buried in Verena, Wolvenkop, Kwaggafontein, and Vlaklaagte in the same province later on Saturday.