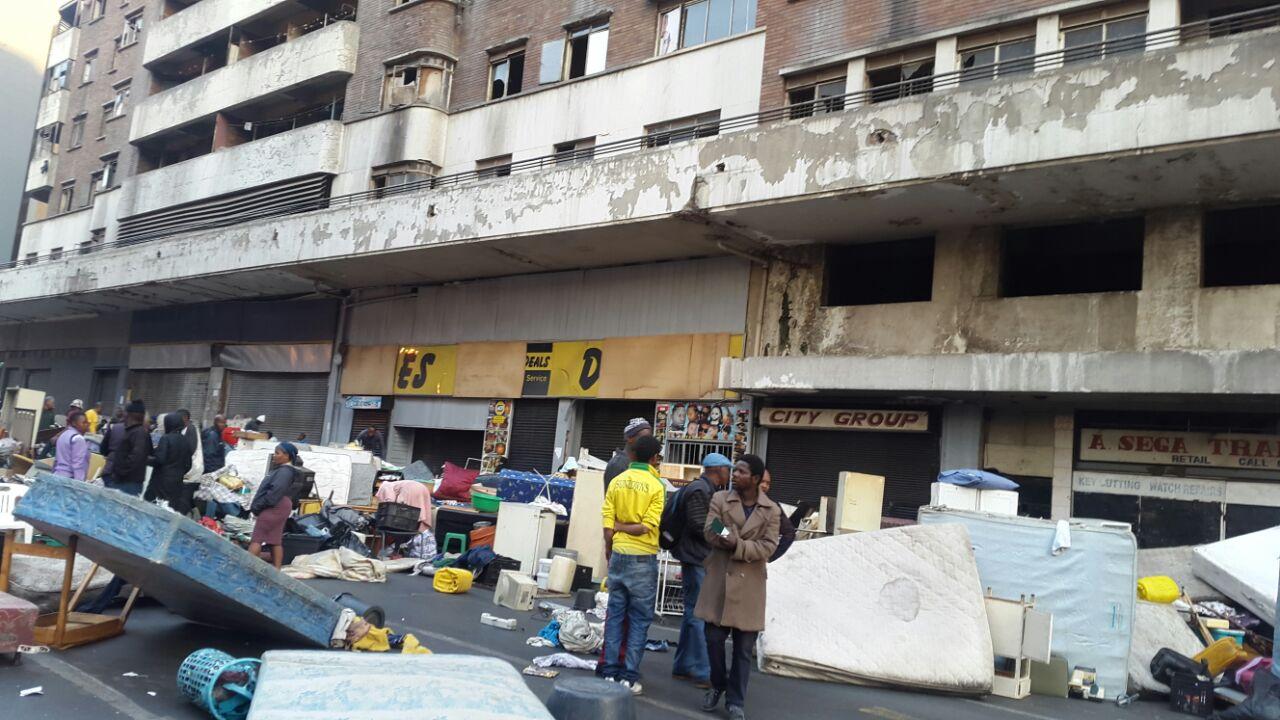 Men, women and children from Fattis Mansions were forced to sit outside on the streets with all their belongings.

JOHANNESBURG - Hundreds of residents of a hijacked building in downtown Johannesburg were evicted on Wednesday.

Men, women and children from Fattis Mansions were forced to sit outside on the streets with all their belongings as the sheriff of the South Gauteng High Court executed an order, assisted by the Red Ants, to evict them.

The evictions began at around 11am.

A scuffle ensues between the evictees of Fattis Mansion as they accuse another of stealing their belongings @AfriNewsAgency pic.twitter.com/blAL3ylpIB

The building -- dubbed “mnyamandowo” -- has no electricity or water, and no ablution facilities. Security guards have been posted to bar the entrance of the building.

“We are just waiting for the dark and these security guards will know,” a woman who was evicted said.

In their bid to return to the building, the residents launched an urgent court interdict at 6pm against the evictions.

Displaced residents have been now relocated to a temporary accommodation in tents in a vacant land near Wembley Stadium.