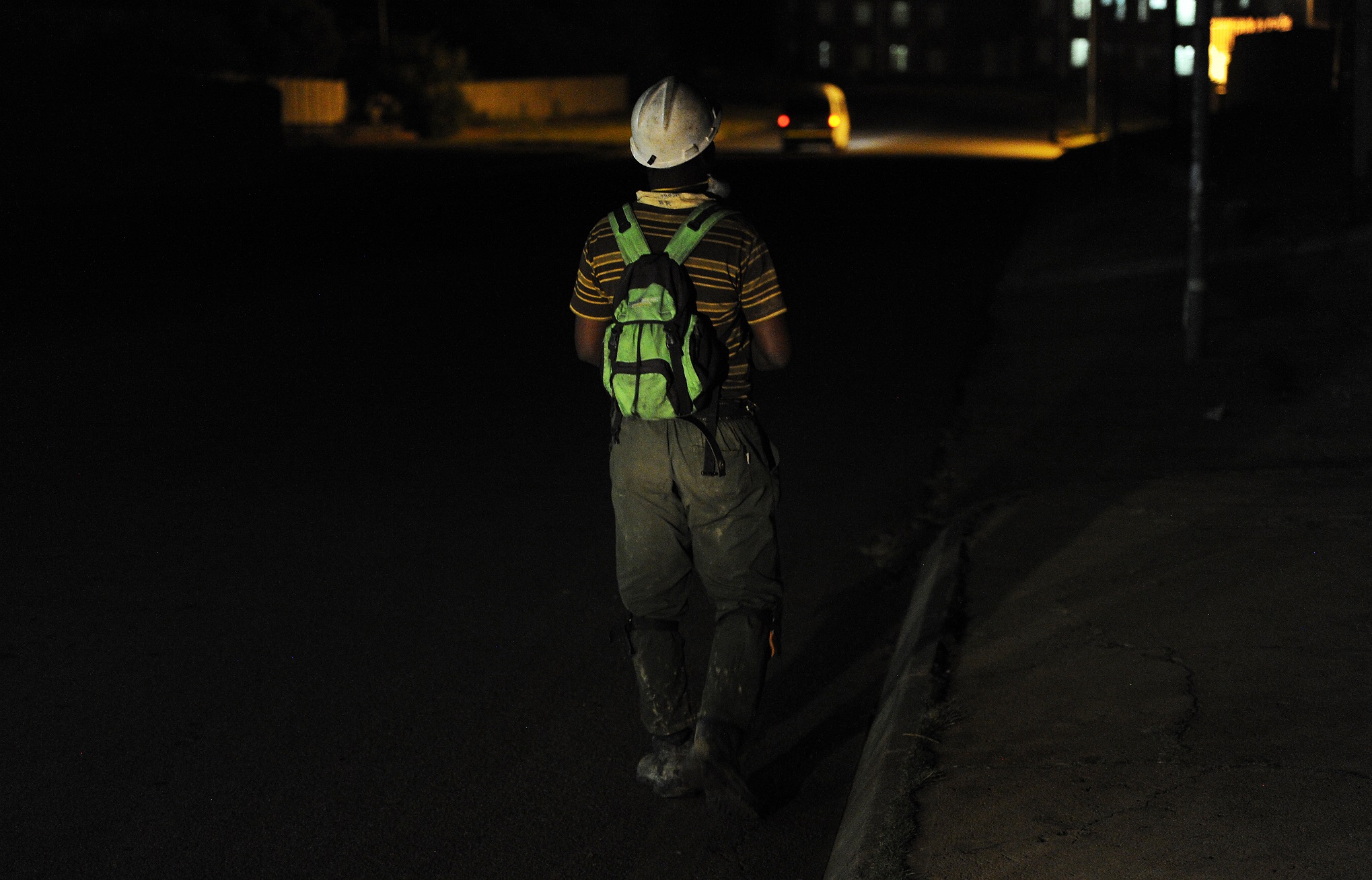 A miner during a rescue operation at Kusasalethu gold mine on February 22, 2015 in Cartlonville, South Africa.

JOHANNESBURG - Hundreds of miners are trapped underground at Sibyane Gold&39;s Beatrix Mine in the Free State.

More than 60 of the miners have been rescued, but 955 remain trapped.

All miners have been accounted for and have food, air, and water.

Medics are on site in case any of the miners need medical attention once they surface.

The African National Congress (ANC) released a statement on Thursday evening, saying it has noted with "great concern" reports about the trapped miners.

"The ANC calls on Eskom to speedily intervene to restore power to the mine and for government to spare no effort in assisting the mining company to bring these workers back to safety. We further call on all South Africans to keep them in their thoughts and prayers during this time," read the statement.

Power lines were downed in the area during a massive storm.

MEDIA ALERT: At 23H18 last night a severe storm caused the collapse of a structure on the 132kV line suppling mines in the Welkom area. @Eskom_SA is assessing the extent of damage and will work speedily to restore supply to the effected mines. pic.twitter.com/8OLyMmC34a

Eskom spokesperson, Khulu Phasiwe says the power utility is working flat-out to restore power to the mine as soon as possible and hopes to have it restored "soon."

Eskom technicians have been working throughout the day to replace several powerlines that were damaged by a severe storm that swept through large parts of northern Free State last night. Power supply to mines in Welkom and other affected areas is expected to be restored soon. pic.twitter.com/2BuGzrbEvV

The mine says it has generators but doesn’t want to use them because it’s concerned they will trip and it requires an uninterrupted power supply to bring the miners to the surface in order to avoid the miners getting stuck in the cages while being hoisted.

According to James Wellsted, Sibanye spokesperson, should Eskom fail to restore power to the mine, the miners will be forced to walk about 4 kilometers to another shaft in order to get up the surface.

The Association of Mineworkers and Construction Union (Amcu) says it is extremely concerned about the trapped workers. It says the mine has not done enough to ensure the welfare of its employees.

In a statement, the union called on Sibanye-Stillwater to mobilise all resources to rescue the workers as soon as possible. The union also questions the lack of contingency plans in place to deal with these types of incidents.

Amcu says it views the incident "as extreme" due to the sheer number of workers involved.

"It is common cause that lives might already be threatened due to dehydration and blood sugar issues because of a lack of nutrition. It is also quite common for adults to be on chronic medication and it is highly probable that there are some workers who are trapped without access to their medicine," Amcu added.

"This incident also raises serious concern regarding the lacking emergency contingency plans at the mine for alternative and backup power generation.  Amcu received reports that the mine is now attempting to borrow a generator from Harmony. Surely, this cannot be acceptable and best practice. Amcu insists that the mine should have its own backup-up arrangements."

The National Union of Mineworkers (NUM) has expressed similar concerns to those of Amcu.

Chief researcher at the Bench Marks Foundation, David van Wyk says upgraded safety and security measures are of utmost importance as many mines across the country are very old.