'I do not run SABC': Faith Muthambi 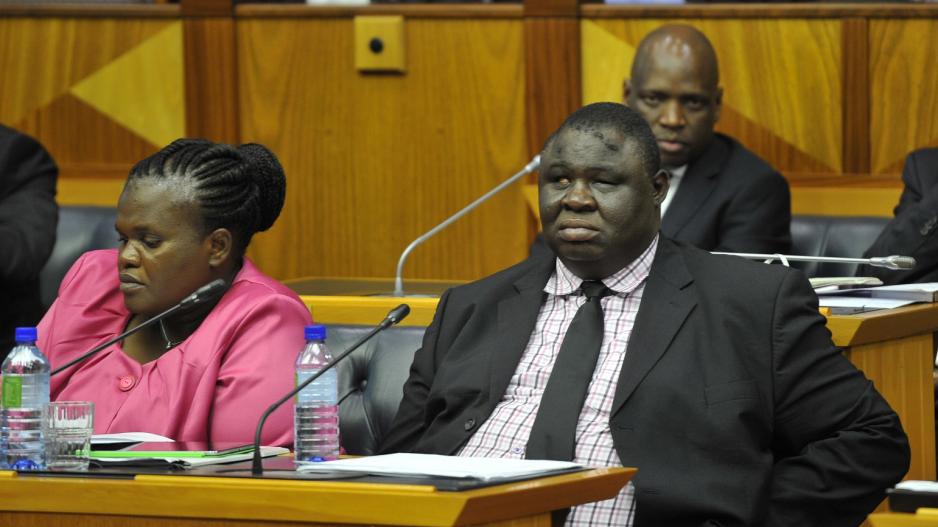 SABC board member Mbulaheni Maguvhe with Communications minister Faith Muthambi during the SABC board meeting in parliament on October 05, 2016 in Cape Town.

PARLIAMENT – Communications Minister Faith Muthambi on Wednesday denied influencing the editorial policy of the South African Broadcasting Corporation as she briefed MPs conducting an inquiry into the public broadcaster’s affairs.

“I’ve never interfered with the editorial policy decision of the SABC. I do not run SABC,” Muthambi said.

While acknowledging the firing of eight journalists earlier in the year for openly speaking out against the banning of airing of protest footage was “unfortunate” and “should not recur”, she inferred the journalists lied during their testimony before the inquiry.

“I found the personal attacks by the SABC 8 disheartening,” said Muthambi.

Muthambi dismissed an allegation that she had interfered with a journalist’s work – referring to the firing of Limpopo SABC journalist Kgaogelo Magolego. According to testimony before the inquiry, Magolego was fired as a direct result of interference by Muthambi.

Magolego had attended a government imbizo and asked Muthambi during an interview about the delayed digital migration process. According to one of the SABC 8, Thandeka Gqubule, who testified on Monday, Muthambi could be heard scolding the journalist on a sound clip recorded by the journalist. Muthambi, Gqubule said, could be heard saying: “We are not doing any digital migration or you didn’t get a proper briefing, because you are losing it. You must grab these things. This interview on digital migration several times is very boring on a serious note, and I wouldn’t like you to play that clip.”

Gqubule told MPs Muthambi had, to her “horror and chagrin”, interfered directly in the “operations and choices of the newsroom, directing a journalist what to do”.

“After the minister dived into the shoes of the Limpopo editors by indicating which clips the SABC would play or not, and thus put herself in a position to make editorial decision, in violation of... the Companies Act, which frowns severely on shareholders and board members involving themselves in the operations of a business and violating the spirit of the Broadcasting Act that upholds the independence of the newsroom,” Gqubule said.

Muthambi said this was not the correct version of events. She claimed that she had told the reporter she was in Limpopo for the imbizo focus week and that he should contact her media liaison officer for any information on digital migration.

Muthambi also rejected claims by journalists that the new editorial policy of the SABC amounted to censorship.