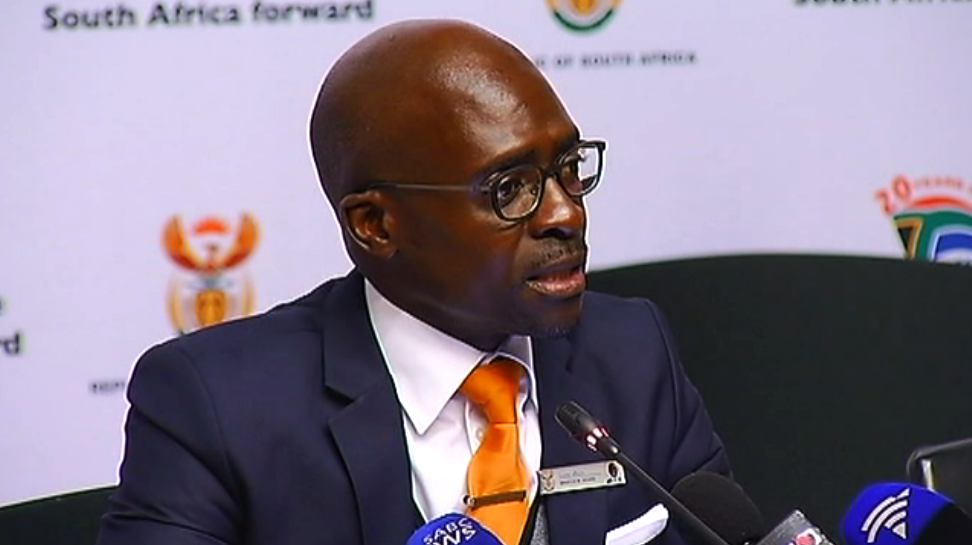 PRETORIA – Newly-appointed Finance Minister Malusi Gigaba on Friday said he was not trying to fill anybody’s shoes but has his own pedigree and experience to tackle the job at hand.

Gigaba spoke to journalists at the Sefako Makgatho Presidential Guesthouse in Pretoria shortly after the swearing-in ceremony of new Cabinet ministers and deputy ministers.

“I’m not going to fill anybody’s shoes. I have my own shoes that I’m wearing. I understand the responsibility with which I have been entrusted. I am not new to government. I have been in government for 13 years now and I have also served for four years in the portfolio of public enterprises. I am not new to the economic sector,” said Gigaba emphatically.

I am an experienced politician with more than 21 years in the National Executive Committee of the African National Congress. I have have served for eight years as president of the ANC Youth League. I am not a newcomer. I’m quite an experienced politician that’s why you don’t see me getting excited either way because I understand the gravity of the position with which I have been entrusted.

Asked if he was bringing new management to the department, Gigaba said he looks forward to work with the current administration including Director General Lungisa Fuzile.

He has meetings planned for next week with his predecessor Pravin Gordhan, who was sacked by President Jacob Zuma in a cabinet reshuffle.

READ: Who is Malusi Gigaba? Meet the new finance minister

“There is going to be continuity with regards to the administration. I am not coming here gung-ho, with an agenda to change the director general. I have known the director general for quite a long time. He is a very competent and able man. I support him fully in the execution of his responsibilities. As I stand here right now, I have no pre-conceived idea to change the leadership,” said Gigaba.

“I have not been given a list of people to walk into National Treasury with. I come here as the minister, with the new deputy minister [Sfiso Buthelezi]. I understand that there is an administration in the department led by the director general and I am going to focus on working with them to move the country forward.”

Gigaba said despite some negative reaction to the news of his appointment as finance minister, there was also positive commentary.

“There is a lot of positive feedback with regards to the appointment. It would be expected that in a democratic country there would be different views about the appointment of anybody, to whatever position. My priority right now is to stabilise the economy, to calm the markets and to continue engaging with different stakeholders as I have started doing today,” said Gigaba.