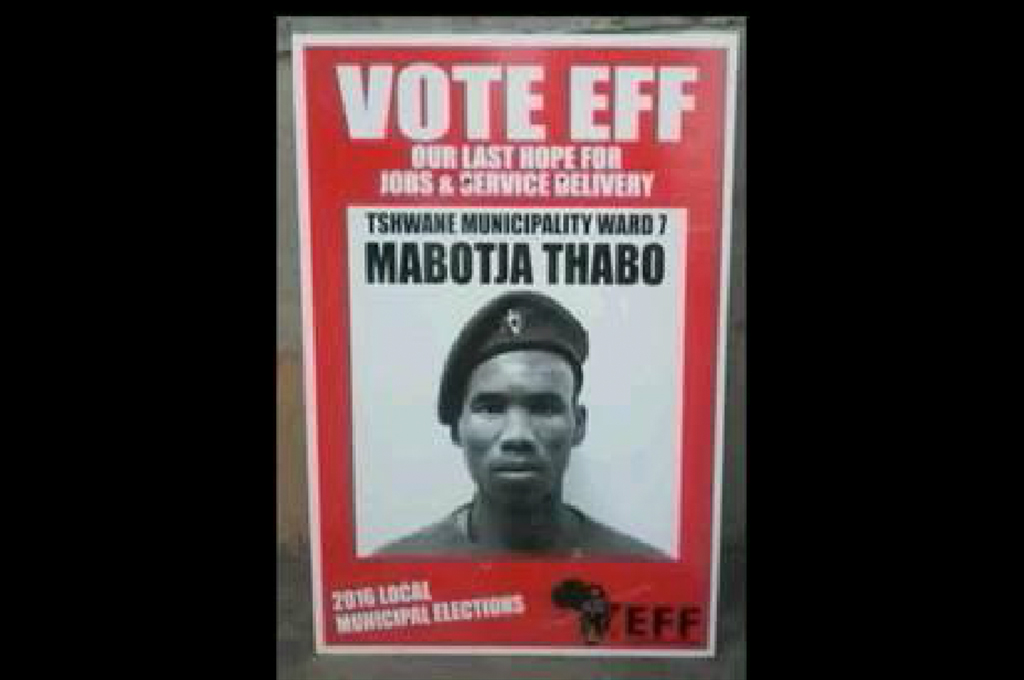 JOHANNESBURG - The EFF&39;s Thabo Mabotja appeared before the Electoral Court on Thursday after he posted on Facebook that white people should be hacked and killed.

The Independent Electoral Commission (IEC) considers the behaviour of the Tshwane candidate councillor a matter of grave concern.

Mabotja appeared before a full bench at the Electoral Court on Thursday, but the case was postponed.

The court says it is dissatisfied in the manner in which the ward councillor candidate.was subpoenaed.

Lawyers posted summonses on Facebook, saying he couldn&39;t be reached as he was campaigning.

Postponement of IEC case against EFF candidate Thabo Mabotja to allow for papers to be served on him, in a manner more direct than Facebook

But Electoral Court Justices want IEC lawyers to stick the papers on Mabotja&39;s door to be sure. &39;Sanction being sought too serious&39; EFF

The IEC wants Mabotja removed from the list of councillor candidates.