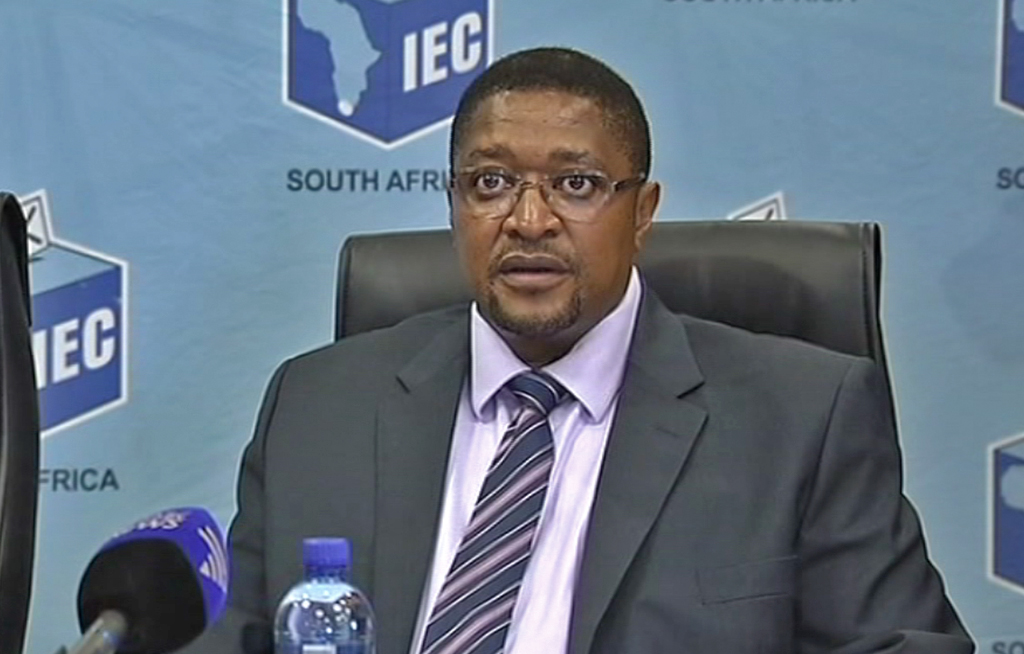 Vuma Mashinini takes over the reins from Pansy Tlakula as the new head of the IEC. Tlakula resigned following an office-leasing scandal.

The first voter registration weekend will take place on the weekend of March 5 and 6.

The IEC launched its communication campaign in Midrand on Thursday morning.

“More than 80 percent of people not on the voters role are below 35 years,” said chief electoral officer, Mosotho Moepya.

Recently appointed IEC chairperson Glen Mashinini said in the 2014 national elections only 50 percent of potential voters below the age of 35 were registered to vote.

“The lowest group (sic) registered to vote were between 18 and 19 years old,” he said.

Mashinini: There are only 289 000 of 2 million young people registered. 2016LocalElections

On Wednesday afternoon, student leaders of the Fees Must Fall movement threatened to boycott the elections when they chanted, “No free education, no elections”, at a meeting in Auckland Park.

The movement has seen minor disruptions to registration at Unisa, the University of Johannesburg and Wits this past week.

Mashinini: The Commission asks all eligible young people to come out and vote. 2016LocalElections

Moepya said election preparations were at an advanced stage and would take place sometime between May and August.

The IEC said it was aiming for 80 percent voter registration.

“The current voters&39; role consists of 24,9-million voters. This is slightly lower than May 2014 elections. The reason for this is that between elections the voters&39; roll declines because of deceased persons,” said Moepya.