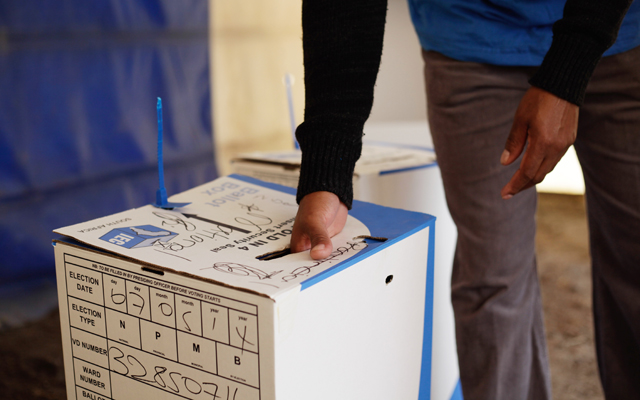 An Electoral Commission of South Africa (IEC) official checks a ballot box at a polling station in Alexandra township, Johannesburg, South Africa, 07 May 2014.

JOHANNESBURG - Judgment has been reserved in the case against an Economic Freedom Fighters (EFF) councillor candidate for Tshwane.

IEC&39;s Adv Gcabashe; &39;He completely disregarded the dignity & rights of a large proportion of people. Language is prohibited&39; ThaboMabotja

This after he took to social media, calling for all white people to be hacked and killed.

Electoral court justice Moshidi suggests ThaboMabotja should be ordered to retract on Facebook,his alleged call for killing of white people

The Independent Electoral Commission’s lawyer says Mabotja completely disregarded the dignity and rights of many.

The EFF distanced itself from its member, saying it would not be defending his statement.