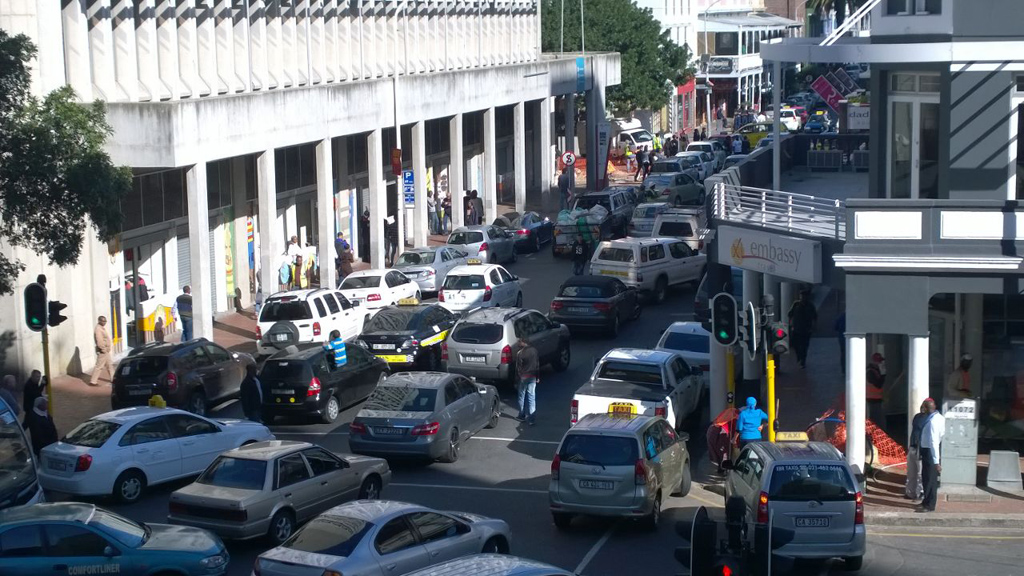 Police in Cape Town have dispersed an illegal protest against the Uber cab hailing service on Wednesday, 14 July 2016.

CAPE TOWN - Police in Cape Town have dispersed an illegal protest against the Uber cab-hailing service.

Metered taxi drivers brought the CBD to a standstill, blocking off Wale and Long Streets; they allegedly smashed the windows of a passing vehicle.

A case of holding an illegal gathering has been opened and several people have been arrested.

Tensions between the rivals escalated in the city this week after an Uber driver was assaulted and his vehicle set alight in Manenberg.