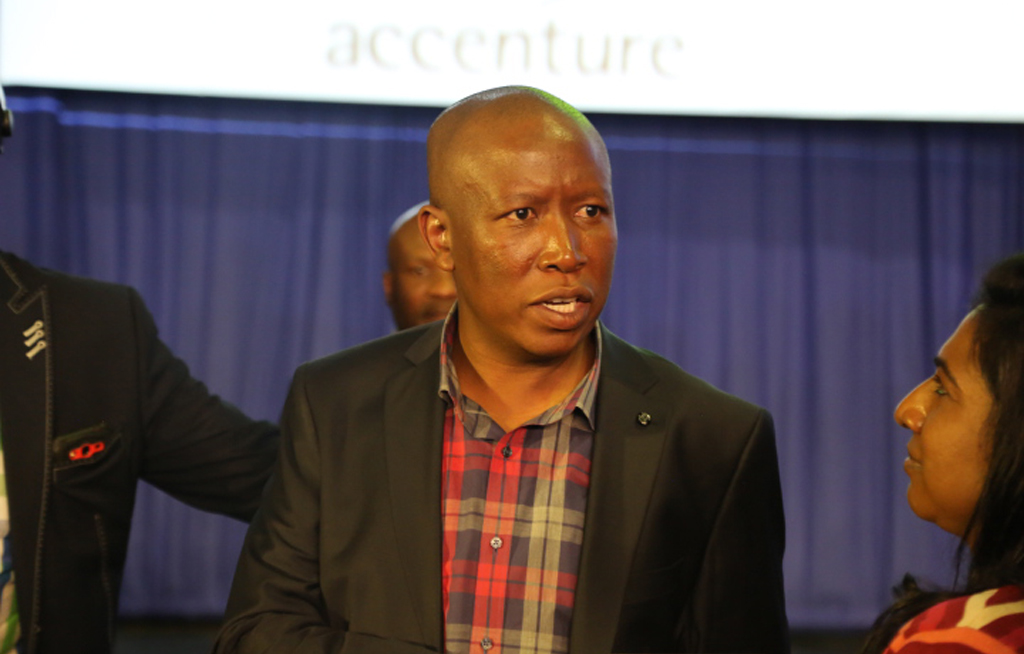 5 August 2016 - Economic Freedom Fighters Commander-in-Chief, Julius Malema addresses the media at the IEC results centre in Pretoria on Friday, expressing overall happiness with the results as they stand.

JOHANNESBURG – Economic Freedom Fighters (EFF) leader Julius Malema on Wednesday praised the family of Ahmed Kathrada for barring President Jacob Zuma from speaking at the funeral of the anti-apartheid hero.

@palesa_morudu Here Julius at the funeral mentions Gigaba by name among those who joined the chorus of insults against Uncle Kathy pic.twitter.com/BonYnDRWJD

“[Zuma] had to respect the family's wishes. The family made it very clear that Uncle Kathy had wished that he should not be here. We are happy that the family did not undermine the wishes of the dead. Uncle Kathy wanted Zuma to step down, that wish must still be realised because in African tradition you do not undermine the wishes of the dead,” Malema said at West Park Cemetery before the funeral.

“So if [Zuma] still cared about struggle veterans, he would not have responded through insults to the letter of Uncle Kathy. He went to KwaZulu-Natal and attacked him and other veterans. Malusi Gigaba and them joined the chorus in attacking the veterans. And today they want to be writing beautiful speeches as if they care and follow the examples of Uncle Kathy.”

Kathrada was reported to have asked that Zuma not speak at the funeral, though he could attend. Zuma did not attend the funeral but sent his deputy, Cyril Ramaphosa, on behalf of the South African government.

Kathrada, who was affectionately known as “Uncle Kathy”, passed away on Tuesday aged 87 at the Donald Gordon Hospital in Johannesburg after a short period of illness following brain surgery.

Kathrada wrote a scathing open letter to Zuma in March last year, asking him to step down following the Constitutional Court ruling that Zuma had failed to uphold‚ defend and respect the Constitution as the supreme law with regard to the Nkandla matter.

Kathrada was buried in accordance with Muslim religious rites on Wednesday. His coffin arrived at the cemetery at 10am draped in the African National Congress (ANC) flag.

Zuma declared a “special official funeral” for Kathrada and instructed that the national flag fly at half-mast at every station in the country until the evening of the official memorial service.

Former president Kgalema Montlanthe delivered the eulogy, during which he quoted from Kathrada's letter calling for the President to step down.