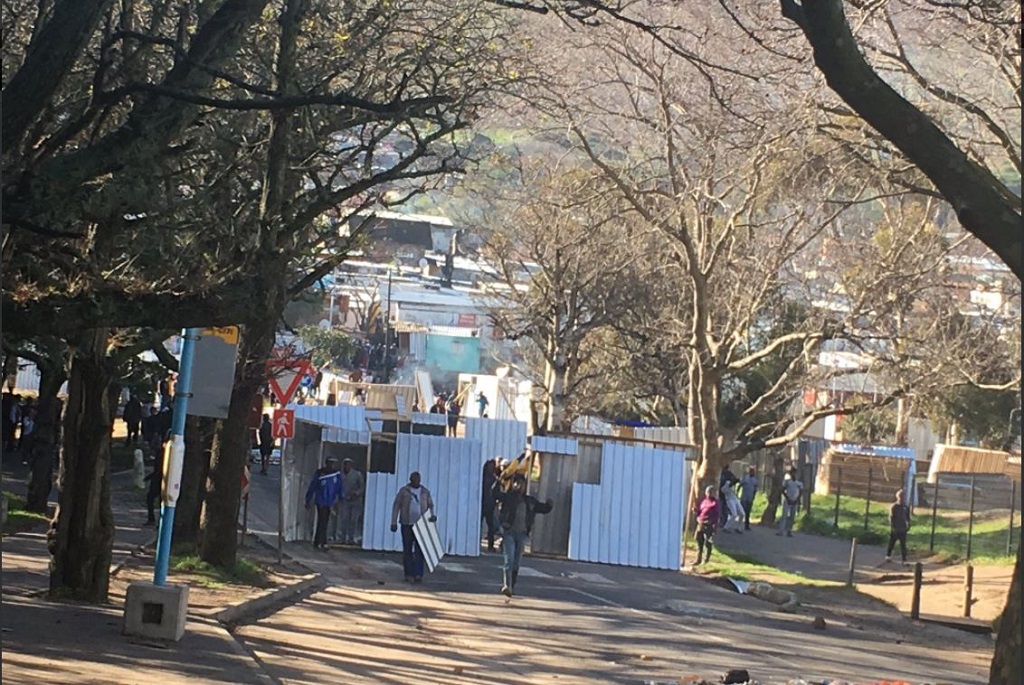 On Saturday, residents clashed with police and demolished some of their temporary housing structures.

The residents are angry at the slow pace of rebuilding after experiencing a devastating fire in March, followed by a heavy storm a few weeks ago. They claim some people who were not fire victims appear to be receiving preferential treatment.

"After March people have been displaced and we have ongoing discussions with the city on how we go about doing super-blocking in the area,” community leader Lungisa Bezile said.

“That is a process that has been unfolding slowly. The concern that the residents have is that a group of 15 to 20 people is given special treatment over the hundreds of people affected by the fire. They are  given six-by-six structures whereas the people who have been affected were given three-by-three structures with no services."

Cape Town councillor Brett Herron said the city was surprised at the protest because it had met with the community regularly and the issue had been discussed in their meetings.

“There is ongoing communication so at this point it is hard for us to understand what prompted this action ... we need to meet with the community and establish calm."

Residents say they will not rest until the mayor talks to them.