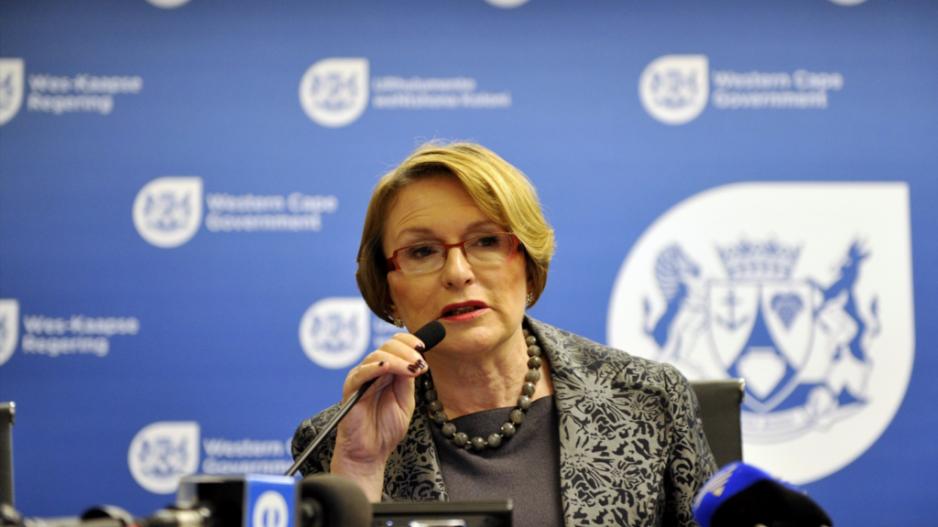 Western Cape premier Helen Zille holds media briefing after her State of the Province Address was interrupted on February 20, 2015 in Cape Town.

She posted a comment, suggesting some aspects of colonialism weren’t bad.

“The matter has been referred to the party's federal legal commission to establish whether her [Zille's] comments amount for a disciplinary hearing,” said Mabine Seabe, spokesman for DA leader Mmusi Maimane.

Seabi added that Zille's views do not represent the views or position of the DA.

Would we have had a transition into specialised health care and medication without colonial influence? Just be honest, please.

Getting onto an aeroplane now and won't get onto the wi-fi so that I can cut off those who think EVERY aspect of colonial legacy was bad.

People reacted angrily on social media, with some accusing her of embracing systems of oppression.

Others said she should stay out of the country.

Zille has since apologised for her tweet, claiming it was not a defence of colonial legacy.

I apologise unreservedly for a tweet that may have come across as a defence of colonialism. It was not.

Maimane says Zille’s view is not that of the party and adds oppression can never be justified.

In December last year, Zille's comment caused an uproar over a restaurant incident in Western Cape.

Restaurant patron Scott Maqetuka and his friend received their bill, with a note typed “2 blacks” on it.