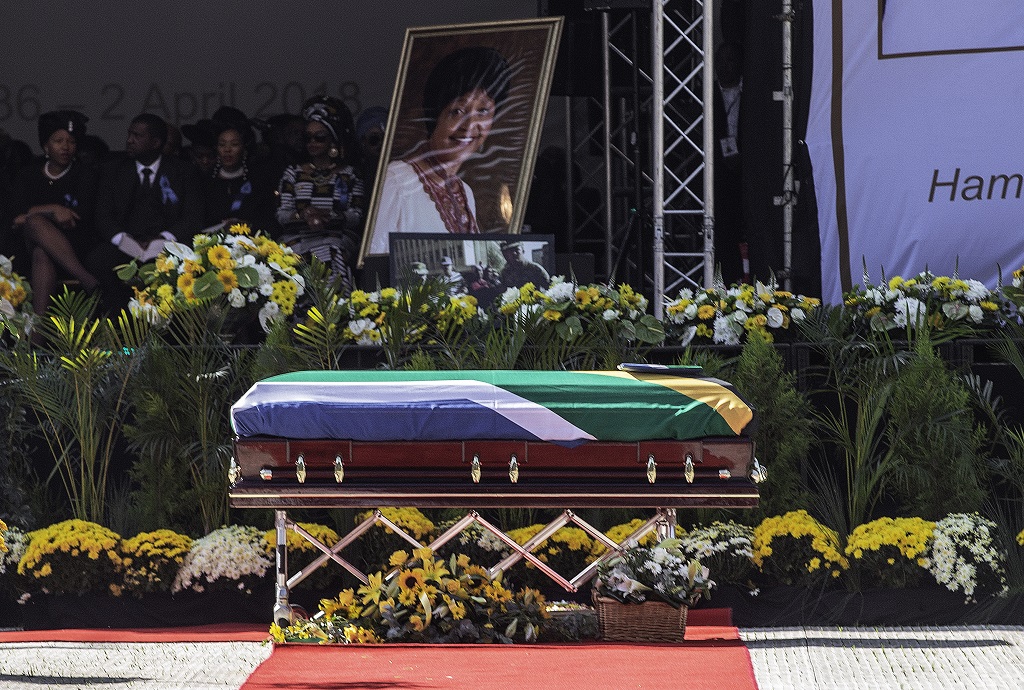 The coffin of Winnie Madikizela-Mandela is displayed in front of the stage at Orlando Stadium for the funeral ceremony in Soweto, South Africa on April 14, 2018.

Here are some of the best quotes from Saturday morning’s service:

“They robbed my mother of her rightful legacy when she was alive. To those of you who vilified my mother through books and speeches, don&39;t think we&39;ve forgotten. The pain you inflicted on her now lives on in us.”

“I hope the rediscovery of truth allows South Africa to realise my mother&39;s role in freeing us from the shackles of apartheid and white supremacy.”

“The battle of our freedom was not some polite picnic.”

“You trusted that your mission of putting the country first was embraced by the organisation you loved so much, but mama, you didn’t know that your organisation had been rendered incapable of loving you back. You faught for what you believed was right, possessed only with your love for our people and the restoration of their dignity. In this fight, you were prosecuted by the apartheid regime and disowned by your own.”

“Her name will be written in the eternal book of life – the book of those who died for the embitterment of all.”

“Some of those who sold you out to the [apartheid] regime are here and what is funny is that they’re crying the loudest – more than all of us who cared for you.”

“South Africa has been orphaned by Mama Winnie’s passing… Mama Winnie was the most authentic voice of the peoples’ war against apartheid.”

“Even as she lies here in her mortal state, she refuses to be silent. Her abiding fidelity to the masses and the ANC is the stuff made of legends - death has not defeated her, her powerful and defiant voice still echoes today.”

“You [Winnie Madikizela-Mandela] were a visionary and a trailblazer ahead of your time.”

“Her true worth is now revealed… The honour we give her now, it would have been more meaningful in her lifetime. We allowed human error to clout beauty.”

"You were not a power mongerer... Your spirit will live on and guide South Africans to do the right thing."