IN QUOTES: Promises Ramaphosa made in his SONA speech 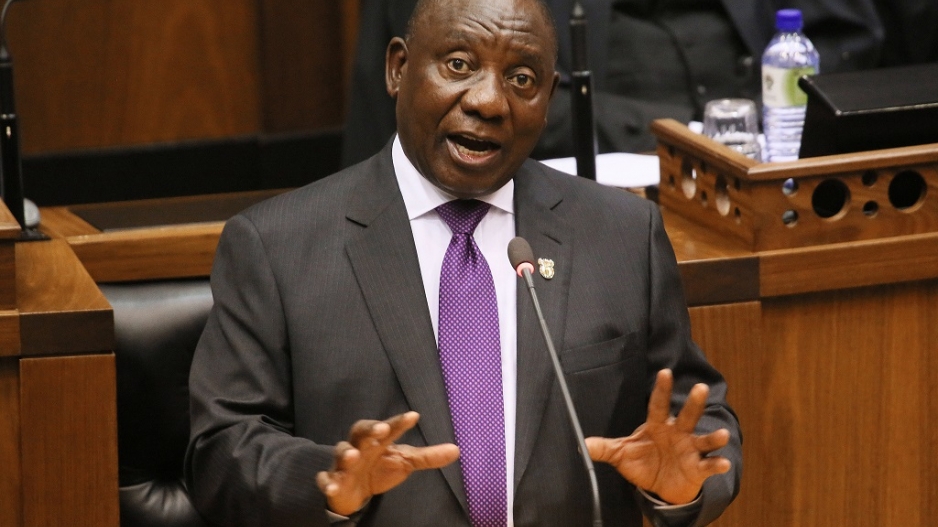 President Cyril Ramaphosa delivers the State of the Nation Address in Parliament, Cape Town on 16 February 2018.

JOHANNESBURG – President Cyril Ramaphosa made a number of key promises in his State of the Nation Address (SONA) on Friday.

He outlined various initiatives that will kick off during the course of the year.

Opposition parties expressed their scepticism about the promises he made in his speech because they have no assurances of the actions that he will take to deliver on what he has promised.

Below is a summary of the main points on Ramaphosa’s agenda for South Africa.

“One of the initiatives will be to convene a jobs summit within the next few months to align the efforts of every sector and every stakeholder behind the imperative of job creation. The summit will look at what we need to do to ensure our economy grows and becomes more productive, that companies invest on a far greater scale, that workers are better equipped, and that our economic infrastructure is expanded.”

“Radical economic transformation requires that we fundamentally improve the position of black women and communities in the economy, ensuring that they are owners, managers, producers and financiers.”

“Next month, we will launch the youth employment service initiative, which will place unemployed youth in paid internships in companies across the economy. I will therefore be establishing a Youth Working Group that is representative of all young South Africans to ensure that our policies and programmes advance their interests.”

“Mining is another area that has massive unrealised potential for growth and job creation is mining. We need to see mining as a sunrise industry. This year, we will intensify engagements with all stakeholders on the Mining Charter to ensure that it is truly an effective instrument to sustainably transform the face of mining in South Africa.”

“The establishment through the CEOs Initiative of a small business fund - which currently stands at R1.5-billion - is an outstanding example of the role that the private sector can play. Government is finalising a small business and innovation fund targeted at start-ups.”

“Guided by the resolutions of the 54th National Conference of the governing party, this approach will include the expropriation of land without compensation. We are determined that expropriation without compensation should be implemented in a way that increases agricultural production, improves food security and ensure that the land is returned to those from whom it was taken under colonialism and apartheid.”

“On the 1st of May this year, we will introduce the first national minimum wage in South Africa. This historic achievement – a realisation of one of the demands of the Freedom Charter – is expected to increase the earnings of more than six million working South Africans and improve the living conditions of households across the country.”

“The drought situation in the Western Cape, Eastern Cape and Northern Cape has been elevated to a national state of disaster. This gives national government the authority to manage and coordinate our response nationally with support from all provinces.”

“Starting this year, free higher education and training will be available to first-year students from households with a gross combined annual income of up to R350,000.The Minister of Higher Education and Training will lead the implementation of this policy, while the Minister of Finance will clarify all aspects of the financing of the scheme during his Budget Speech next week.”

“This year, we will take the next critical steps to eliminate HIV from our midst. By scaling up our testing and treating campaign, we will initiate an additional two million people on antiretroviral treatment by December 2020.”

“During the course of this year, the Community Policing Strategy will be implemented, with the aim of gaining the trust of the community and to secure their full involvement in the fight against crime. The introduction of a Youth Crime Prevention Strategy will empower and support young people to be self-sufficient and become involved in crime-fighting initiatives.”

“It is critical that the structure and size of the state is optimally suited to meet the needs of the people and ensure the most efficient allocation of public resources. We will therefore initiate a process to review the configuration, number and size of national government departments.

“We will change the way that boards are appointed so that only people with expertise, experience and integrity serve in these vital positions. We will remove board members from any role in procurement and work with the Auditor-General to strengthen external audit processes.”

“The Commission is critical to ensuring that the extent and nature of state capture is established, that confidence in public institutions is restored and that those responsible for any wrongdoing are identified. The Commission should not displace the regular work of the country’s law enforcement agencies in investigating and prosecuting any and all acts of corruption.”

“As I conclude, allow me to recall the words of the late great Bra Hugh Masekela. In his song, ‘Thuma Mina’, he anticipated a day of renewal, of new beginnings.

When they triumph over poverty

I wanna lend a hand

I wanna be there for the alcoholic

I wanna be there for the drug addict

I wanna be there for the victims of violence and abuse

I wanna lend a hand