IN TWEETS: Did Ramaphosa discuss land expropriation with the Queen? 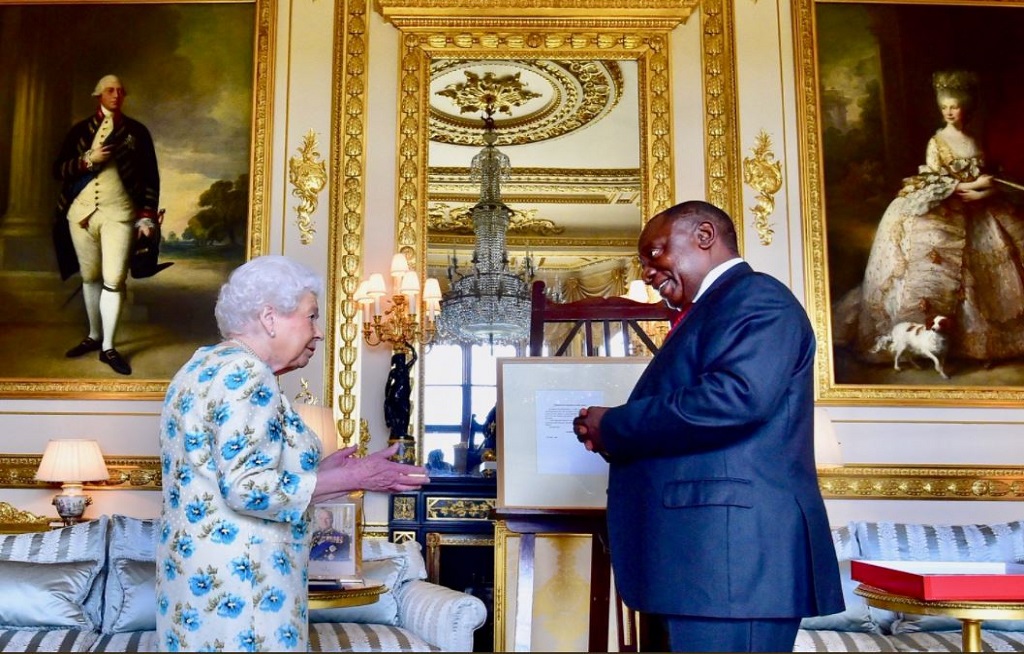 President Cyril Ramaphosa pays a courtesy call on Her Majesty the Queen at the Windsor Castle during a working visit to London to attend the Commonwealth Heads of Government Meeting (CHOGM 2018), 17 April 2018.

On his excursion met British PM Theresa May and her Majesty the Queen at Windsor Castle.

Ramaphos says, "It was a meeting where we had a wide range of discussions on a number of issues, but we focused largely on the economy and on how our partnership can be deepened around economic matters,” Ramaphosa said.

President Cyril Ramaphosa has arrived in London, UK where he is leading a South African Delegation to the Commonwealth Heads of Government Meeting (CHOGM 2018) under the theme “Towards a Common Future”. https://t.co/ORjrf5dAHp pic.twitter.com/eNTOMXiQ0X

He said South Africa would go around the world to boost investment, including in Africa and Asia.

However, South Africans on twitter are wondering if President Ramaphosa discussed the pending land expropriation issue in South Africa:

Ramaphosa said there would be land summit in April we are approaching end of April and nothing happenning he has gone to London to reassure Queen Elizabeth there won&39;t be such expropriation without compensation

Others are accusing Ramaphosa of selling-out for seeing foreign investment.

You asked for a thread on Cyril Ramaphosa. I waited for Mam’Winnie’s funeral not knowing today would be a devastating day InvestSA is here - the sell out complete

Ramaphosa is failing to persuade his friends in South Africa to invest but his sending delegates to go and beg for investment yet there is no outcry from taxpayers who will pay for this trip. We suppose to persuade Corporate in South Africa now we are going to beg https://t.co/PZMeO71Mm7

Ramaphosa is expected to return to South Africa on Friday.