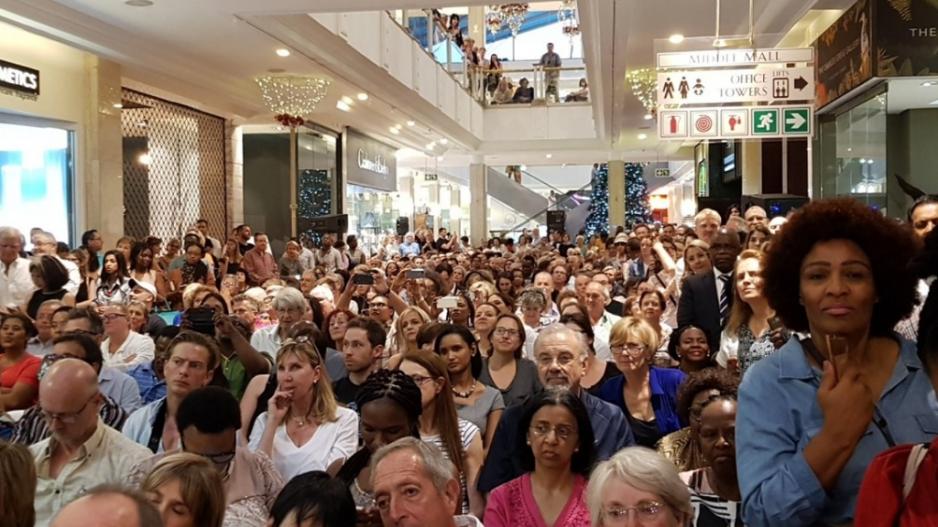 The book launch, however, had to be abandoned due to issues with electricity supply.

BLF is organising a nice surprise for the author of ThePresidentsKeepers nice little one.

PresidentsKeepers Power failure might be a coincidence but the failure of the back-up generator -------- pic.twitter.com/HsLN52pBH5

Who are those Eskom employees doing maintenance at Hyde Park? Find them. They know something we don&39;t PresidentsKeepers

My apartment is a street from hyde park mall but I have power. Something with this book launch is fishy

The book has recorded record sales, especially after the State Security Agency and the South African Revenue Service (SARS) announced it intends blocking the book&39;s publication through legal action.

I don’t mean to sound Negative nor Racist, Kodwa why are there so many caucasian people at the PresidentsKeepers --Book launch in Hyde Park pic.twitter.com/EeSfqCrfuk

And the lights are out! I knew this wasn’t going to be a peaceful launch ---- PresidentsKeepers HydePark

Power just went down at the PresidentsKeepers book launch. sabotage?

Power goes off at ThePresidentsKeepers launch. Apparently caused by Eskom working on line outside pic.twitter.com/MT0NYmYLjv