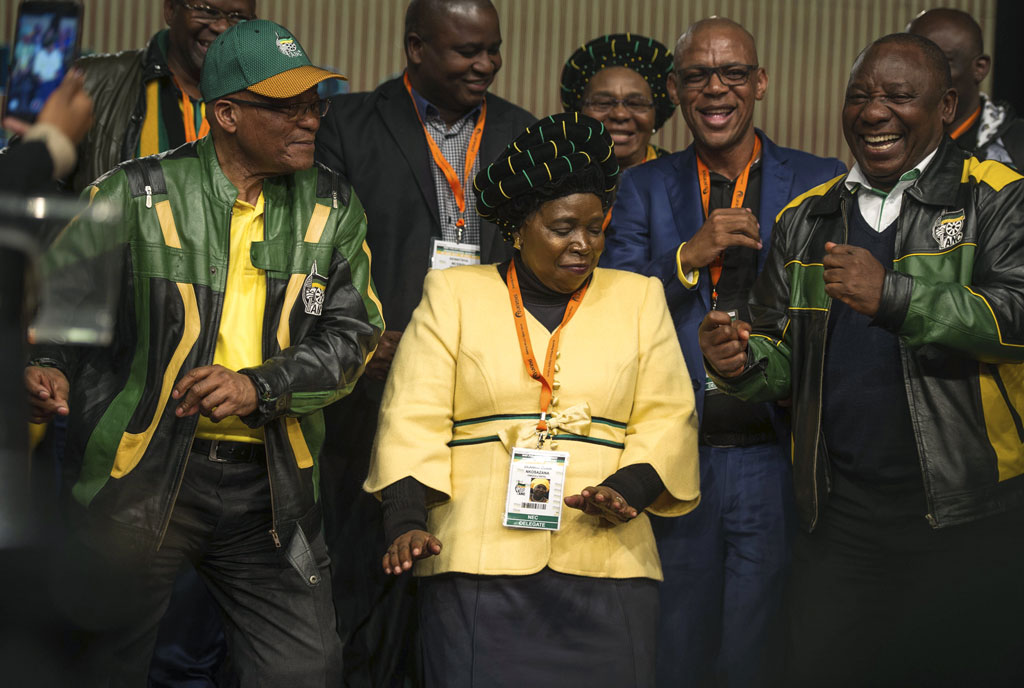 JOHANNESBURG -  In little more than two weeks, a number of the ANC’s top leaders will run the hardest race of their lives at the party’s 54th elective conference in Nasrec, Joburg.

Although seven – Nkosazana Dlamini-Zuma, Cyril Ramaphosa, Lindiwe Sisulu, Zweli Mkhize, Baleka Mbete, Mathews Phosa and Jeff Radebe – have thrown their hats into the ring to replace outgoing party president Jacob Zuma, it is the first four whose campaigns have drawn the most attention.

With the race in its final stretch, interviews with analysts on eNCA have cast new light on the frontrunners.

Dr James Motlatsi, founding president of the National Union of Mineworkers (NUM), who with unionist-turned businessman Ramaphosa led NUM in the 1980s, says the latter’s contribution to positively change lives of black mineworkers is not being sufficiently recognised.

Ramaphosa’s biggest criticism was over his alleged role in the Marikana conflict, when police shot and killed 34 miners and wounded 78 others on 16 August 2012. It was the single most deadly use of force by police against civilians under the new democratic order. Although the Marikana Commission of Inquiry subsequently cleared Ramaphosa of any wrongdoing – and he has since expressed regret over what happened on the platinum mine – he hasn’t quite been able to live down the stigma.

“If you ask me, Cyril wanted to save lives,” says Motlatsi. "It was just unfortunate that 34 people ultimately lost their lives. I wouldn’t have expected that kind of action from the present administration."

Dlamini-Zuma, who detractors often paint as a trojan horse to safeguard her ex-husband’s interests upon his departure, has those who have some positive sentiments about her government career when she was first appointed democratic South Africa’s first health minister by President Nelson Mandela.

Mark Heywood, the executive director of Section 27, has some good memories about Dlamini-Zuma when she was health minister. He observes: “She was bold and she was focused and she would strike you as a person determined to do the job. And to do the job properly. I mean she was a doctor, and that was quite important.”

Heywood adds: “She took a number of important steps to confront inequalities. She was the minister and her government amended the Medicines and Related Substances Act to allow for cheaper, affordable medicine.

“She stopped medical schemes from discriminating against people with pregnancies, people with HIV, diabetes, hypertension, heart disease and so on. Medical aids could no longer refuse you if you had those conditions or load your premiums to an unaffordable level.”

Lindiwe Sisulu, whose vigorous determination to take on the ANC’s top job has surprised many, has been described as headstrong and looked up to her mother. As if to further seal her destiny, Ahmed Kathrada, another famous Rivonia trialist and Robben Islander, is said to have held baby Lindiwe in his arms.

Mkhize’s record in government has been relatively scandal free. His mantra during this campaign leading to Nasrec has been party unity.

Matamela Cyril Ramaphosa was born in Soweto on 17 November 1952. Currently the country’s and ANC’s deputy president, he’s a former unionist, businessman and was one of the negotiators at Codesa, the talks in Kempton Park that negotiated to end apartheid. According to some reports, he has an estimated net worth of $450 million. He’s held ownership of companies such as McDonald’s South Africa and was chair of the Lomin board.

Nkosazana Clarice Dlamini-Zuma was born on 27 January 1949 in KwaZulu-Natal, the eldest of eight children. A medical doctor, she’s attended the University of Zululand, University of Natal, University of Bristol and University of Liverpool. She has served as minister of home affairs, foreign affairs and health. She became chair of the African Union Commission in October 2012, the first woman to head the organisation, before being replaced by Chadian foreign minister Moussa Faki in January 2017.

Zwelini Lawrence Mkhize was born on 2 February 1956 in Willowfontein, near Pietermaritzburg, the fifth of seven children. Mkhize graduated with a medical degree at the University of Natal in 1982. He went into exile in 1986, fearing arrest for his membership of MK. He returned to South Africa in 1991 after working as a doctor in Swaziland and Zimbabwe. He worked as a KwaZulu-Natal (KZN) health MEC between 1994-2004, before taking over the finance and economic development portfolio. In 2008, he was chosen KZN premier. In the ANC Mangaung conference, Mkhize was voted treasurer-general.

READ: &39;I believe she believes she was raped&39;: Sisulu on Khwezi

Lindiwe Nonceba Sisulu was born in Soweto on 10 May 1954, the daughter of struggle heroes Walter and Albertina Sisulu. Her sibblings include the late newspaper editor Zwelakhe Sisulu and former National Assembly Speaker Max Sisulu. Her father was sent to Robben Island with the other Rivonia trialists when she was 10-years-old. Sisulu, an ANC NEC member, has been In Parliament since the dawn of democracy in 1994. She’s served as minister of defence and military veterans, intelligence, public service and administration, and in the Human Settlements Department.