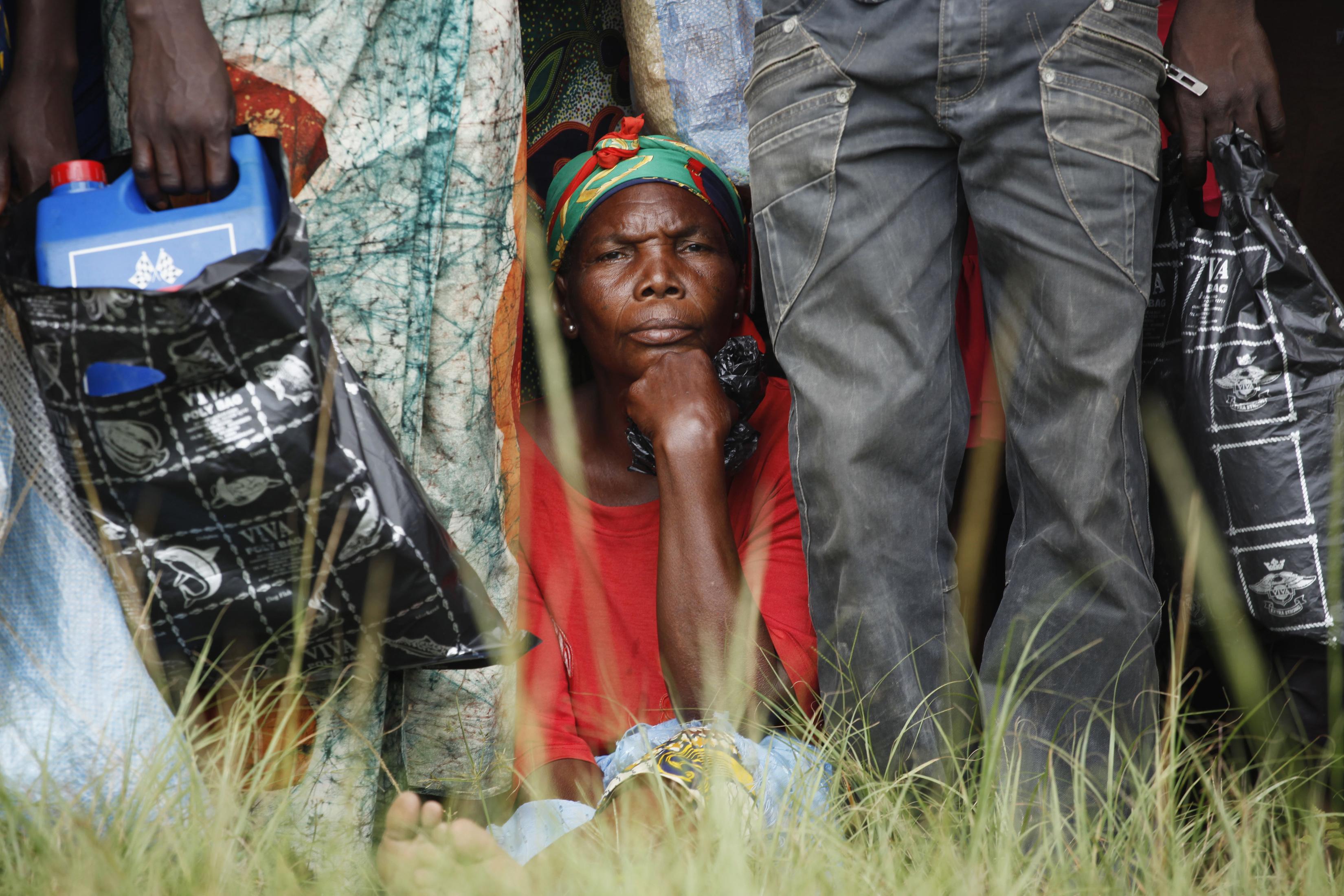 File: A displaced woman with a baby waits in line for food distribution, which was later cancelled, in Socati stadium, Bangui December 14, 2013. The U.N . World Food Programme warned that a quarter of CAR population risks going hungry.

Globally, one-in-eight people go hungry every day and live in extreme poverty and many onlysurvive on less than R14 a day.

Among those who die from hunger every year, more than two million are children.

In South Africa, one-in-five people don&39;t know where their next meal will come from and Food Bank South Africa wants everyone to think about the 11 million people in this country who don&39;t have food.

The Food Bank has challenged South Africans to fast for 12 hours on Wednesday.

Participants can visit the FoodBank SA website to register and by doing so, they will commit to fast for 12 hours, from 07h00  in the morning, to 19h00 at night.

People fasting are also encouraged to make a R40 donation - which will feed one person for a month.

Another organisation working towards feeding the hungry is Meals on Wheels Community Services. The organistion had its roots in delivery meals to the elderly but now they have grown to feed others. “The services have been expanded to deal with poverty in general in South Africa, focusing on the poorest of the poor,” said Drina Engelbrecht, National Director of Meals on Wheels.

With South Africa’s growing population and high rate of unemployment this service is needed more than ever explains Engelbrecht.

Mid year 2013 Stats SA estimated the population at R52,98-million. First quarter of 2014 placed unemployment at 25,2%. This brings the number of unemployed South Africans to a staggering 13,25 million, she explained. “We are well aware that providing a meal to the poorest of the poor does not solve poverty. It is, however, the first step in mobilising these individuals for their daily tasks,” said Engelbrecht.

World Hunger Day is not only aimed at raising awareness about the plight of those who lack food.

It also highlights the fact that hungry people lack the opportunity to earn enough to be educated, gain skills and meet basic health needs.