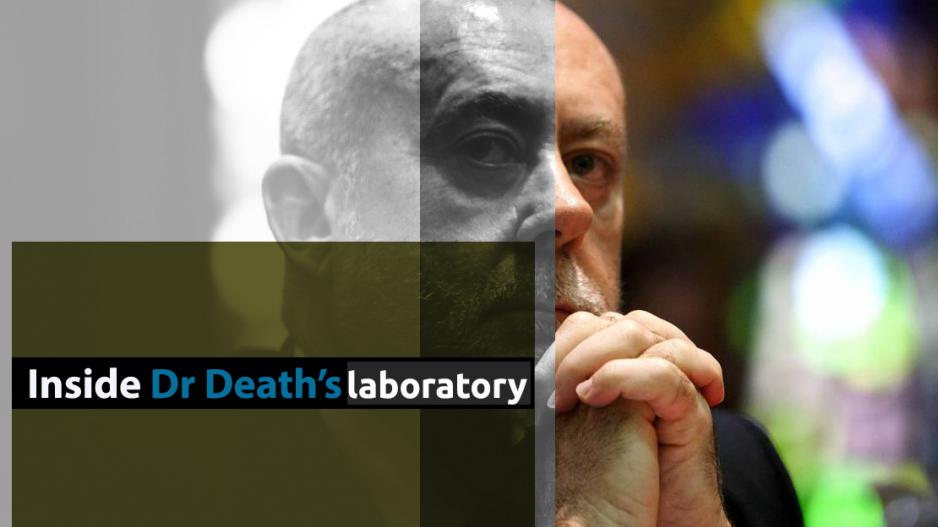 JOHANNESBURG - Dr Wouter Basson&39;s former Roodeplaat laboratory outside Pretoria is perhaps as incongruous as the man dubbed &39;Doctor Death&39; himself.

Basson has been found guilty of contravening medical ethics by the Health Professions Council of South Africa for leading the apartheid top-secret chemical and biological weapons programme, but continues to work as a respected cardiologist on Cape Town&39;s northern suburbs.

The council will on Wednesday hear evidence in aggravation of sentence and its pro forma prosecutor is expected to ask for Basson&39;s removal from the medical register.

Mark Heywood, the executive director of Section 27, was expected to give evidence in aggravation of sentence, representing the views of over 200 senior health professionals as well as 32 civil society organisations that signed petitions calling for Basson to be struck off from the roll of registered health professionals.

Basson was expected to call his own witnesses to motivate why he should remain a registered medical practitioner.

The matter is set down for four days.

His former Roodeplaat laboratory, photographed by film-maker Kathryn Smith, is as clinical and eery as Basson, straddling the line between life and death.

Like Basson, the laboratory is tainted by its past as a biochemical development and testing facility.

However, unlike the doctor, it&39;s an image the centre is set to shed through its upcoming renovation.

Smith visited the facility as part of an ongoing project looking at Project Coast, spearheaded by Institute for Security Studies researcher Chandre Gould.

The lab is now used by the Agricultural Research Council but retains much of its original 1980s look and feel.

Smith notes that evidence of the lab&39;s past are everywhere on the premises.

"There are still cages that kept animals. Apparently they kept a gorilla on site," she observes.

The photos show several small cages - some located next to a drain.

Smith&39;s photos form part of a movie that was screened this week at Wits University in conjunction with a public talk on Project Coast, led by Basson himself.

Project Coast focused on the development of chemical weapons and various drugs. The Truth and Reconciliation Commission heard how scientists produced mandrax, tear gas, disabling agents and were even asked to devise a way to covertly deliver a birth control mechanism to curb black population growth.

Years later, Basson was found guilty by the HPCSA of contravening the medical code for his involvement in some of these projects.

"The reason I made this work is because I was getting a sense that (Basson&39;s HPCSA hearing) was entirely abstract. People think it is as kind of weird urban legend," she said.

"I wouldn&39;t say that I was shocked.  I would say the space definitely feels quite haunted. Seeing the animal cages made it quite real," she said.

Meanwhile, Gould has been following Project Coast since she first investigated its work for the TRC. She accompanied Smith on the visit to the laboratory.

"It did feel very stuck in a time warp," she said.

Gould would not speculate on what sanction Basson was likely to receive from the council, but said she felt that others who oversaw the project should also have been sanctioned.

"The pity in a way of the HPCSA hearing is that it has become focused on one individual. One loses context of how the programme was established. Basson himself has said that his prosecution was a witch hunt. Ideally, one would have liked to see others (sanctioned), like Dr (Neil) Knobel."

Gould said she was considering creating a central online database of photos and documents relating to Project Coast to ensure it does not "disappear from people’s consciousness".