CheckPoint: New artists being charged to get radio air time 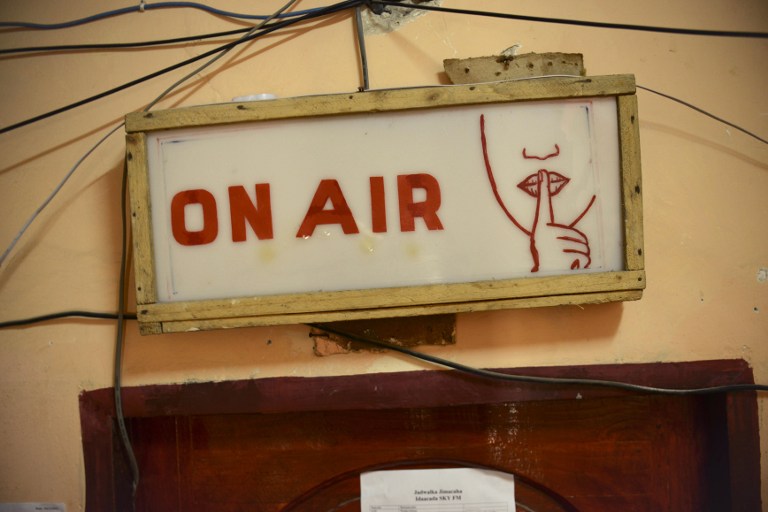 FILE image (December 8, 2012): A handout photo released by the African Union-United Nations Information Support an ''On Air sign'' at Radio Shabelle, one of Mogadishu's most popular radio stations.

JOHANNESBURG - An investigation by eNCA’s current affairs show, Checkpoint, found one radio station employee quite happy to take money from artists to get on air.

Until recently Irvin Kekana, known to many as ‘Bra Irvin’, compiled music for SABC’s Ikwekwezi FM in Pretoria.

Checkpoint received information that he would accept just about any amount to place a song on the station&39;s playlist.

Checkpoint investigative journalists put the allegations to the test pretending to be a music promoter.

He told our undercover agent that he usually charges R3,000. Kekana promised that the song would go on air but that R500 was not enough for him to say exactly when.

“We then instructed, in terms of our policies, our HR division to suspend this person without pay so that we can take him through a disciplinary process.

"He knew already that at the end of the disciplinary process, he was going to be found guilty because he had already accepted.”

Payola, or paying for music radio airtime, appears to be fairly common in South Africa.

* For more on this story, watch the videos above.