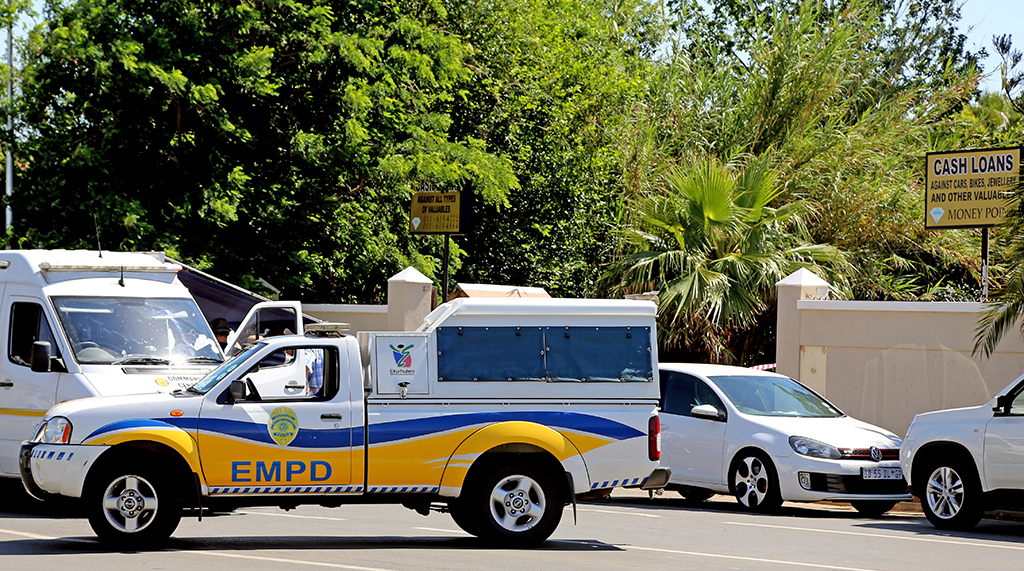 Ekhureleni metro police at a crime scene outside the Money Point shop in Bedford View. A bomb went off in the shop owned by Czech fugitive Radovan Krecjir on Tuesday November 12, 2013, killing two people.

JOHANNESBURG – The Independent Police Investigative Directorate (Ipid) has demanded answers from the Ekurhuleni metro police department for failing to immediately report a fatal accident involving one of its officers.

Ipid spokeswoman Grace Langa said the officer allegedly drove into two pedestrians at a stop street in Vosloorus on June 25, 2015.

A three-year-old girl died at the scene and a 25-year-old man was injured.

A case of negligent and culpable homicide was opened on the day at the Vosloorus police station.

Ipid first heard about the incident through the media the following day and only received the police&39;s formal report then.

This is in contravention of Ipid Act number 1 of 2011 Section 29 which requires officers aware or involved in a fatal incident to immediately notify Ipid of such matters.

“The duty officer was supposed to call Ipid. Ipid investigators would have been sent to the scene to collect evidence and statements. This was not done. They did everything by themselves and (only) reported the matter 24 hours later. Ipid wants answers from Ekurhuleni metro police for failing to report the death as a result of police action immediately after being aware of the accident,” said Langa.

No action has been taken against the suspect.

Ipid is investigating a case of culpable homicide and negligent driving against him.

The directorate has also demanded a formal representation from the Ekurhuleni metro for failing to report the incident.

“Ekurhuleni metro police is co-operating with Ipid. The executive director and our investigators will be guided by the reasoning contained in that formal representation on what action should be taken against the metro police,” said Langa.