It's now illegal to spank your child in SA 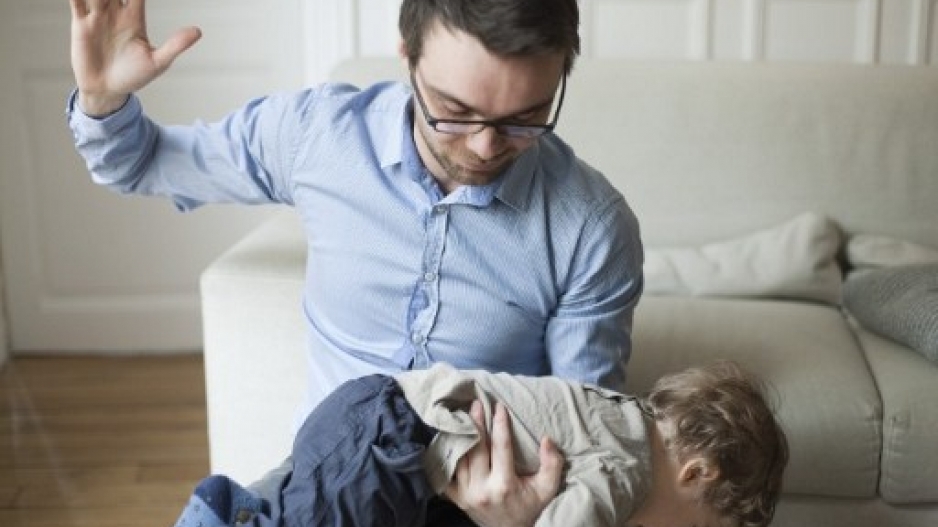 Spanking as a form of discipline is once again under the microscope.

JOHANNESBURG - Sonke Gender Justice has welcomed a court ruling that makes it illegal to spank your own child in South Africa.

The South Gauteng High Court on Thursday ruled that the common law defence of reasonable chastisement is not in line with the Constitution and no longer applies in our law.

The judgment arises from an appeal by a father who had been found guilty of assault because he beat his 13-year-old son in a manner that exceeded the bounds of reasonable chastisement.

In a statement, Sonke says in practical terms the judgment means that parents who hit their children will no longer be able to raise a special defence if they are charged.

The NGO says the judgment does not have the effect of creating a new offence.

"It has always been the crime of assault to hit a child – even your own child - but if charged, a parent had a special defence which said that if the chastisement was reasonable they would not be found guilty. It is that special defence that this judgment has removed, through a development of the common law, to bring it in line with the Constitution."

The court emphasised that the intention is not to charge parents with a crime, but rather to guide and support parents in finding more positive and effective ways of disciplining children. In support of this, the court referred to an affidavit submitted on behalf of the Minister of Social Development, Bathabilie Dlamini, who agreed that the defence of reasonable chastisement is unconstitutional. The Minister pointed out that the Children’s Act aims to guide parents towards better, non-violent parenting.

The court said that protecting children was particularly important in the context of the high levels of child abuse and violence that pervade our society.

This point was driven home in the case by the first, second and third amici curiae (friends of the court) – Children’s Institute, Quaker Peace Foundation, and Sonke Gender Justice, represented by the Centre for Child Law.

READ: Alternatives to smacking your child

An expert affidavit by Professor Shanaaz Mathews pointed out the linkages between corporal punishment and other forms of violence: “Experiences of corporal punishment undermine trust between a parent and child and can instil mistrust, aggression and a lack of empathy in the child. This sets the child up for a pathway of emotional insecurity and increases the likelihood for them to abuse their own children and intimate partner.”

The judgment points out that South Africa is not the first African country to do away with corporal punishment in the home – the court points out that half of the countries in Africa have publically committed to doing so (including South Africa), and that Kenya, South Sudan, Tunisia, Benin, Cabo Verde, the Republic of Congo and Togo have all actually abolished corporal punishment in all settings.

The court pointed out that the African Committee of Experts on the Rights and Welfare of the Child had called on South Africa in 2014 to ban corporal punishment in the home and to promote information on positive discipline.

The United Nations (UN) Committee also made the same recommendation in 2016, when it urged South Africa to ‘prohibit all forms of corporal punishment in the home, including ‘reasonable chastisement’.

The court concluded that: ‘It is time for our country to march in step with its international obligations under the Convention on the Rights of the Child by recognising that the reasonable chastisement defence is no longer legally acceptable under our constitutional dispensation’.

Professor Shanaaz Mathews, an expert on violence against children and Director of the Children’s Institute (University of Cape Town), welcomed the judgment as an important first step in the right direction.

Mathews says: “a significant proportion of children in South Africa experience beatings by caregivers every day or every week and often such beatings are for minor transgressions”.

“Sonke welcomes the ruling as an important step towards children’s rights and violence prevention in South Africa,” says Wessel van den Berg, Child Rights and Positive Parenting Portfolio Manager for Sonke Gender Justice. "A large body of research shows that there’s a strong association between men’s use of violence and their exposure to harsh physical punishment as children. This ruling promises to reduce multiple forms of violence. We look forward to working with government and the broader public to roll out education campaigns that ensure parents understand alternatives to corporal punishment and can use non-violent positive discipline approaches.”