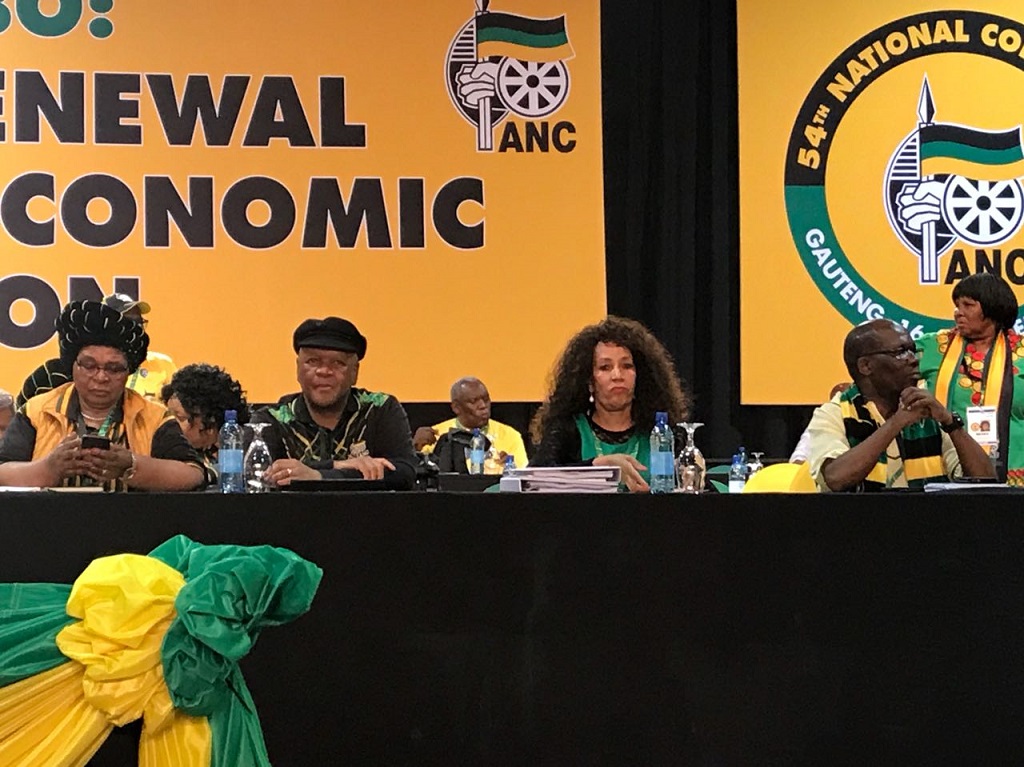 Jeff Radebe and Lindiwe Sisulu among other officials at Nasrec hall ahead of the beginiing of the ANC's 54th elective conference south of Johannesburg.

JOHANNESBURG – African National Congress deputy president nominee Lindiwe Sisulu on Sunday said her campaign for the higher post in South Africa’s governing party has been a “lone campaign”, detached from the “slates” within the ANC.

“It [the campaign] is not so much about being the first female to be there. I ran a campaign because I wanted to try out different ways of running a campaign, because I felt that slates are really destroying the culture of the ANC,” Sisulu told journalists shortly after her nomination at the emotionally charged ANC national elective conference in Johannesburg.

EXPLAINER: What comes next in the ANC succession race?

“I felt that the factions that attach themselves to that are not good for the culture of the ANC. I actually ran a lone campaign and I’ve learnt a lot from that. It is doable, and I’m hoping that we could adopt some of those efforts going forward.”

Sisulu conceded that there were a lot of “tensions” during the nomination process earlier on Sunday, but she hoped her ANC colleagues would move away from divisions.

“As you could see from the floor, there were a lot of tensions from the various provinces, and I’m hoping we could get over that. We belong to one organisation. We hold the same principles dear. We should find a way to do this which doesn’t cause concern in our society,” said Sisulu.

“Anybody who was watching that nomination process playing itself out would be very worried about us, but I can assure them that we will find a resolution to that,” she said.

Sisulu, who is currently human settlements minister, agreed to work with ANC Deputy President Cyril Ramaphosa as the campaign intensified this weekend in the leadership race of the governing party.

Ramaphosa is the leading candidate in the race for the top post to replace outgoing ANC President Jacob Zuma. Before the conference kicked off this weekend, Sisulu had been running her own campaign to become president.

Ramaphosa and Nkosazana Dlamini-Zuma emerged on Sunday as the only two candidates vying for president of the ANC after the nomination process.

READ: ANC54: The people have spoken