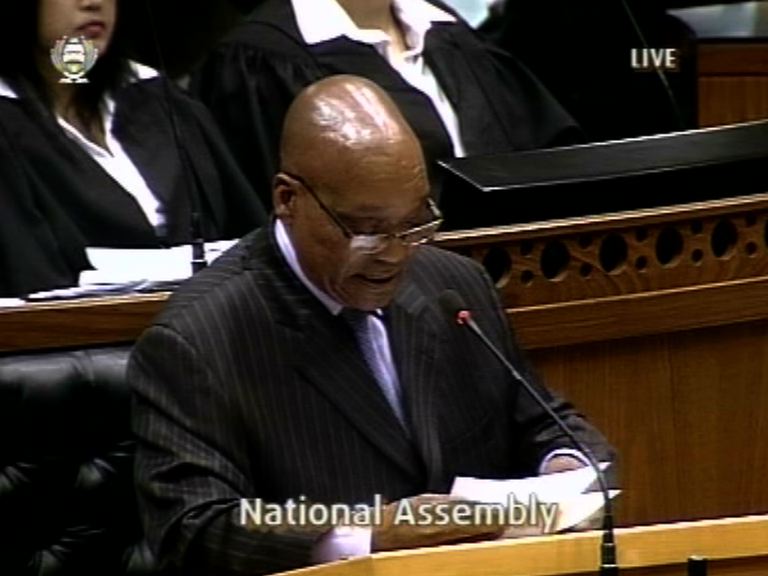 President Jacob Zuma could face an investigation into whether he lied to parliament about the upgrade to his Nkandla home.
It&39;s emerged that the spending ballooned from R27.8 million in 2009 to R270 million by October 2012.
The DA has written to speaker of parliament Max Sisulu, asking for a probe.
It appears that while Zuma has previously told parliament that the security upgrades were a government matter, and had nothing to do with him, he in fact gave personal instructions and set deadlines.
In Parliament on 15 November, 2012, Zuma seemed to be at pains to point out that the Nkandla improvements were plans of the state and not his.
“On the basis of the security assessment undertaken by a team drawn from the department of defence and Military Veterans, police and state security, I was approached to allow security upgrades or enhancements to be made to my Nkandla residence, which was already in existence."
Zuma added, "My residence in Nkandla has been paid for by the Zuma family. All the buildings and every room we use in that residence were built by ourselves as a family and not by government. I have never asked government to build a house for me, and it has not done so.”
Since then more information has come to light, and the DA wants a probe into whether the president misled parliament about his role.
Documents published by the Mail and Guardian newspaper show that Zuma set deadlines and had input into some of the decisions.
Some of the revelations include that Zuma asked that a house used to accommodate policemen be converted as part of the president’s residence.
He also insisted that the same contractors be used throughout the project - which prevented a tender process taking place.
In a bid to meet deadlines set by the president, officials adopted “emergency” procurement procedures, which led to overspending.
DA parliamentary leader Lindiwe Mazibuko says these documents show that Zuma omitted information when he was questioned in Parliament.
She wants all relevant documentation, including the Public Works Task Team Report, submitted to the National Assembly.
This report has been given to Public Protector Thuli Madonsela, who is also investigating the use of taxpayers&39; money on the upgrade.