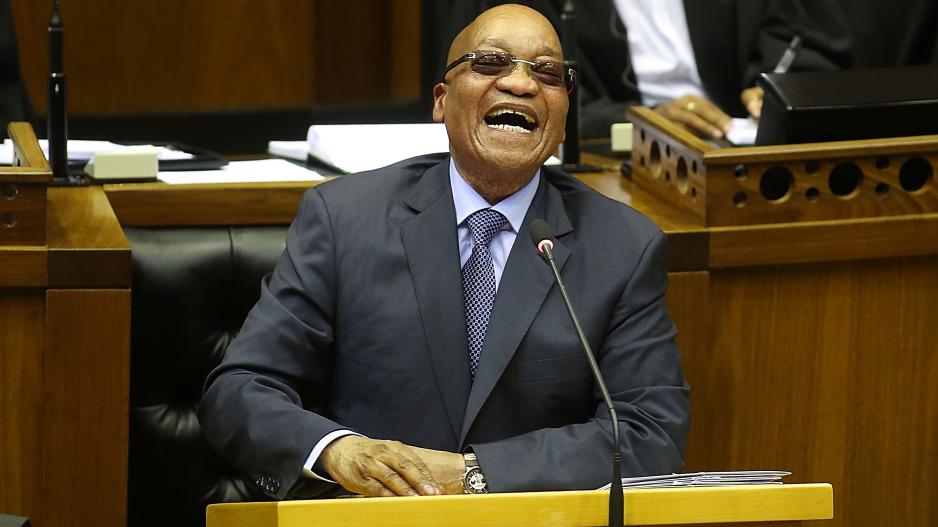 President Jacob Zuma survives another vote of no confidence

PARLIAMENT - The motion of no confidence in President Jacob Zuma, debated and held in Parliament on Tuesday, has failed.

The motion, the eighth of its kind to be faced by Zuma, was conducted via secret ballot.

In the vote, 198 people voted against the motion of no confidence, while 177 people voted in favour. There were nine abstentions.

WATCH - Vote of no confidence in President Jacob Zuma

Democratic Alliance (DA) leader, Mmusi Maimane told Members of Parliament (MPs) that supporting the motion of no confidence in President Jacob Zuma is in the best interests of South Africa.

“Either we will allow one family, aided and abetted by our President, to take everything from us, or we on behalf of the people of South Africa who elected us, will take our country back. The choice before us today is not about party politics. Today our choice is about right or wrong, good and evil. Today we do what is good for our country or we turn our backs on it.”

Economic Freedom Fighters (EFF) leader, Julius Malema said the vote of no confidence is not against the governing party, just against its leader, President Jacob Zuma.

"We are not here today to remove a democratically elected government of the ANC, which was voted for by our people in 2014. Whether we like it or not, we must at all times respect the wish of the people and that's why we are here - to make it very clear that ours today is not against the ANC, it's against Duduzane [Zuma]'s, father because Duduzane's father is the most corrupt in the country,” said Malema.

United Democratic Movement (UDM) leader Bantu Holomisa told MPs they have no excuse not to vote against President Jacob Zuma, because a secret ballot provides a safety net for them.

According to Holomisa, “We have to seize the opportunity to put the people and the country first. In this regard, let us vote against the abuse of power. The infamous intelligence report…Let us vote against Mr. Zuma, the chief architect of state capture.”

• Editor’s note: this is a breaking story and will be updated with latest developments.