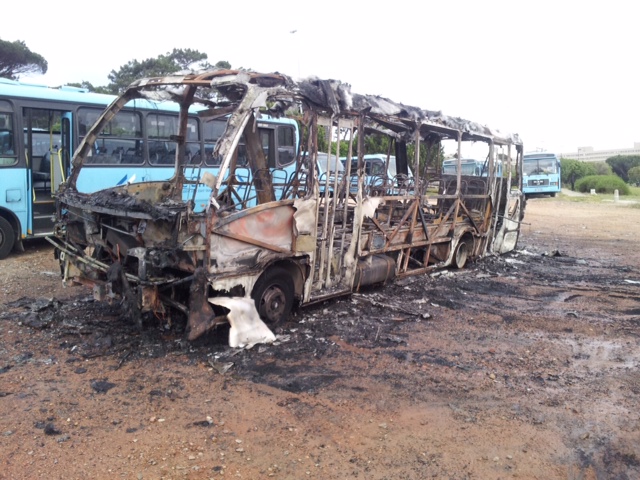 UCT Jammie Shuttle bus that shuttles students to and from campus that was set alight in the early hours of the morning.

CAPE TOWN – A Jammie shuttle bus from UCT was destroyed when it was set alight in the early hours of Wednesday morning, the university said in a statement.

Firefighters quickly extinguished the blaze, but it had already been badly damaged.

@UCT_news Stop trying to play this down! A Jammie exploded! It was not just &39;set alight&39;!

Fire Dept quickly extinguished blaze. No one was injured. Jammie timetable has not been affected & Jammie buses will run as scheduled. 2/2

The university said services have not been disrupted.

“The Jammie Shuttle timetable has not been affected and buses are running as per the schedule.”

UCT security guards said they saw three men setting fire to the parked vehicle at about 04.30 this morning. The men attempted to torch a second bus, but failed.

There were no injuries reported.

The university said it is working with the police to investigate the incident.