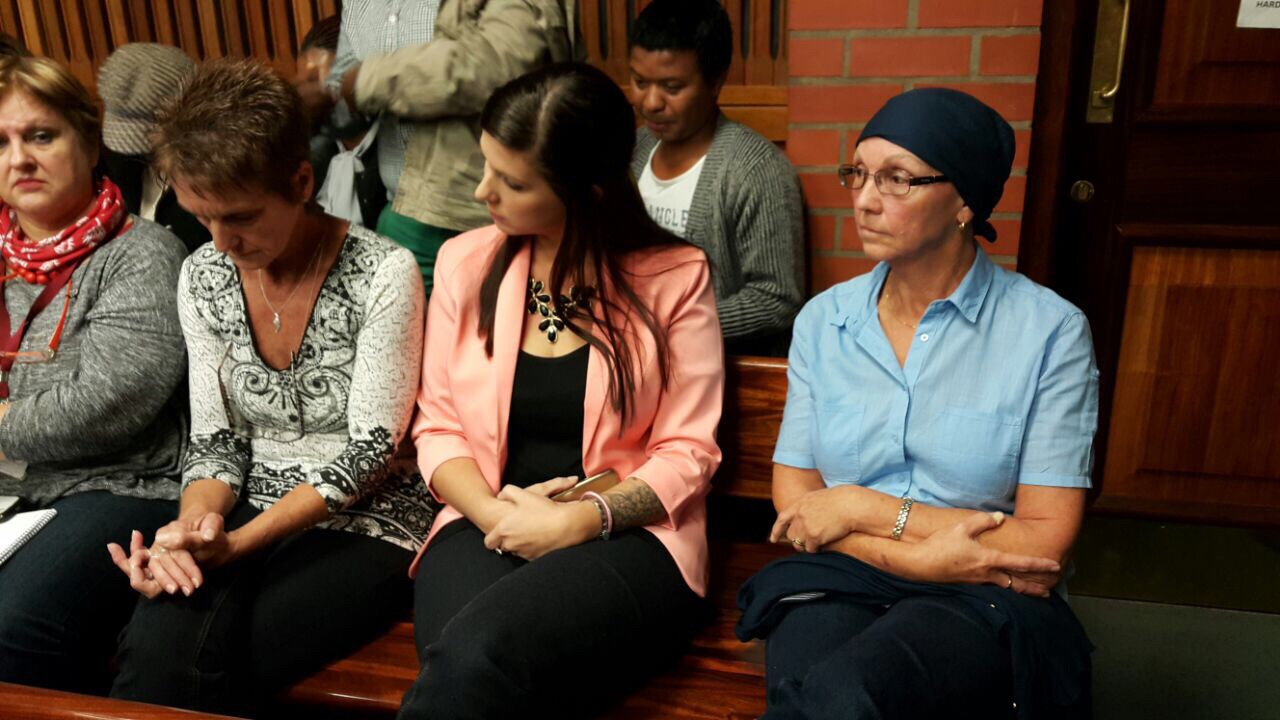 PORT ELIZABETH - The mother of murdered teacher Jayde Panayiotou broke down and cried in the Port Elizabeth magistrate&39;s court on Wednesday.

Michelle Inggs was listening to Prosecutor Marius Stander tell the court they have evidence to prove that Christopher Panayiotou handed over money to the alleged hitman on the night of Jayde&39;s murder.

The 29-year-old was murdered on April 21 after she was kidnapped outside her Port Elizabth home. Her body was found dumped later in KwaNobuhle, outside Uitenhage.

Her husband Christopher Panayiotou was arrested and charged with conspiracy to commit the murder and defeating the ends of justice.

The prosecution confirmed that it has evidence that Panayiotou handed over money for the hit on Jayde.

Stander: during course of evening after Jayde&39;s death, call made from ChrisPanayiotou handset to say money ready for collection.

Stander: the money that was handed over to alleged middleman, hitman is being analysed for touch DNA - to prove it came from Panayiotou

The State confirmed to the court that they have video footage of the alleged middleman Thando Siyoli and the alleged hitman Sizwesake Vumazonke eating KFC together after Jayde&39;s murder.

Earlier that Stander argued that Panayiotou destroyed evidence when he deleted his phone records and thus shouldn&39;t be given bail.

He said even though, Panayiotou&39;s phone was wiped, the State was still able to get the records off Siyoli&39;s phone which incriminates Panayiotou.

State Prosecutor Marius Stander painted a picture of Panayiotou as a man who is a flight risk and would possibly interfere with evidence and witnesses if granted bail.

The State confirmed it will conduct a detailed forensic investigation into Panayiotou&39;s financial affairs.

Stander points out that ChristopherPanayiotou was unable to get R150 000 loan because he was financially over committed. Jayde had to get it.

This was one of the arguments presented at the court on Wednesday morning in opposition to Panayiotou getting bail.

Stander referred to the statement from Tyrone Tiervlei, the man who alleges that Panayiotou wanted to pay him R45 000 to make the case go away.

Tiervlei says it appeared that ChrisPanayiotou wanted him to get rid of someone. He wanted money upfront, and left when he didn&39;t get it.

Stander: If I look at ChrisPanayiotou history of fiddling with things, offering money for things, I believe Tiervlei.

Regarding the issue of Panayiotou being a flight risk, Stander confirmed that the the suspect doesn&39;t have a Cypriot passport, but he does have a Cypriot identity card, meaning that he could get a passport easily.

Stander however argued that Panayiotou should be put under house arrest if deemed not to be a flight risk.

The court has also heard how Panayiotou erased his cellphone history after the murder.

The State will finalise the investigation into the murder of Jayde Panayiotou within three months.