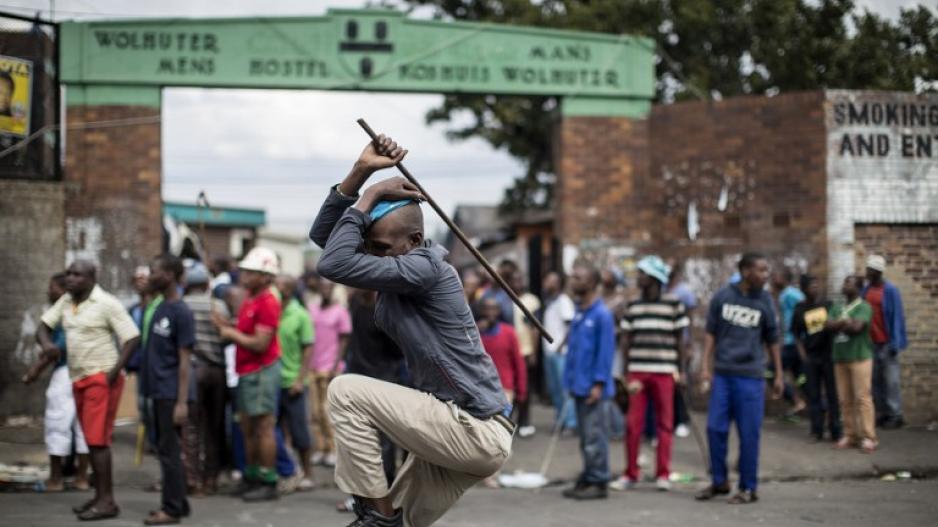 A Zulu protester with a stick demonstrates against foreign migrants outside their hostel in Jeppestown.

JOHANNESBURG – Protesting Jeppe Hostel took to the streets on Friday, but it was unclear what their grievances were.

JMPD spokesperson Wayne Minnaar did not know why the hostel dwellers were protesting and could not confirm reports of rubber bullets being fired at protestors.

Minnaar said that the situation was calm but police were monitoring the scene.