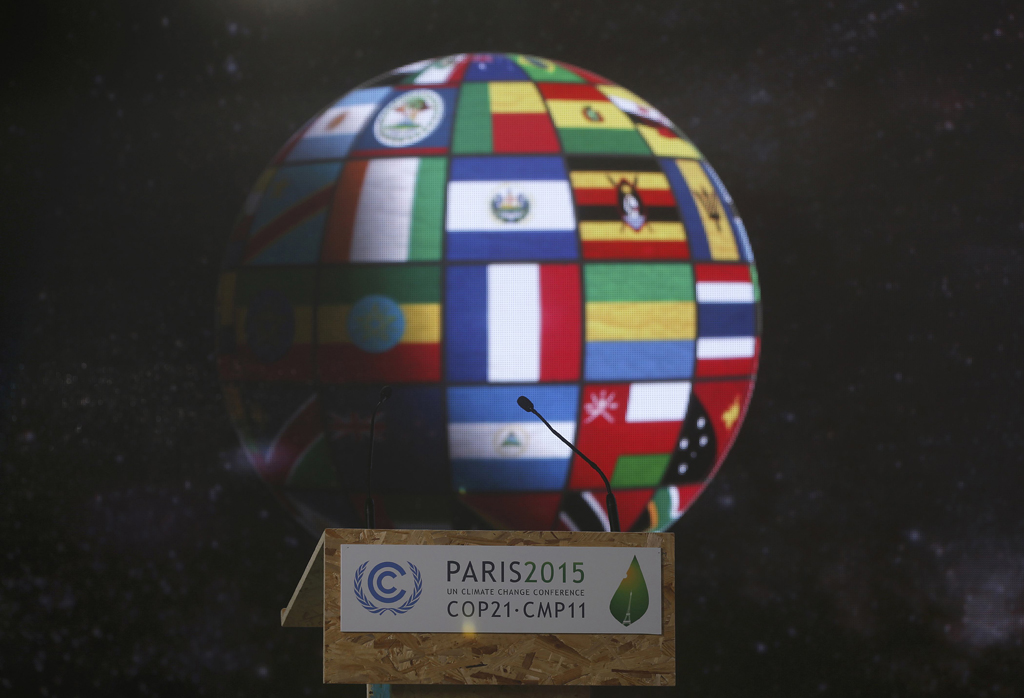 Pictures of flags are displayed on a screen behind the podium of a conference room at the venue for the World Climate Change Conference 2015 (COP21) at Le Bourget, near Paris, November 29, 2015.

JOHANNESBURG – The City of Johannesburg has won the prestigious C40 Cities Award for its leadership in tackling climate change through its successful Green Bond initiative.

Spokesman Phindile Chauke said on Friday: “The accolade was announced as the City of Johannesburg executive mayor, Parks Tau, made his way to Paris for the Climate Summit for Local Leaders on Friday …” She said the award was received on Thursday in Paris, France, by the Johannesburg member of the mayoral committee for finance, councillor Geoff Makhubo on behalf of the city.

Johannesburg was one of 10 global cities announced as winners at the 3rd annual C40 Cities Awards held during the COP21 climate negotiations. Other winners included Boston, Rotterdam and Nanjing, which demonstrated exceptional innovation and ambition to build low-carbon and climate-resilient urban communities in various sectors.

Chauke said Johannesburg welcomed the win in the finance and economic development category for its Green Bond initiative, which is an innovative financial instrument committing it to future emissions reductions. The Green Bond is based on a detailed assessment of climate-change vulnerability, which helps the city to understand its climate risk.

The recognition by C40 is an indicator that Johannesburg is moving in the right direction with its interventions to mitigate climate change.