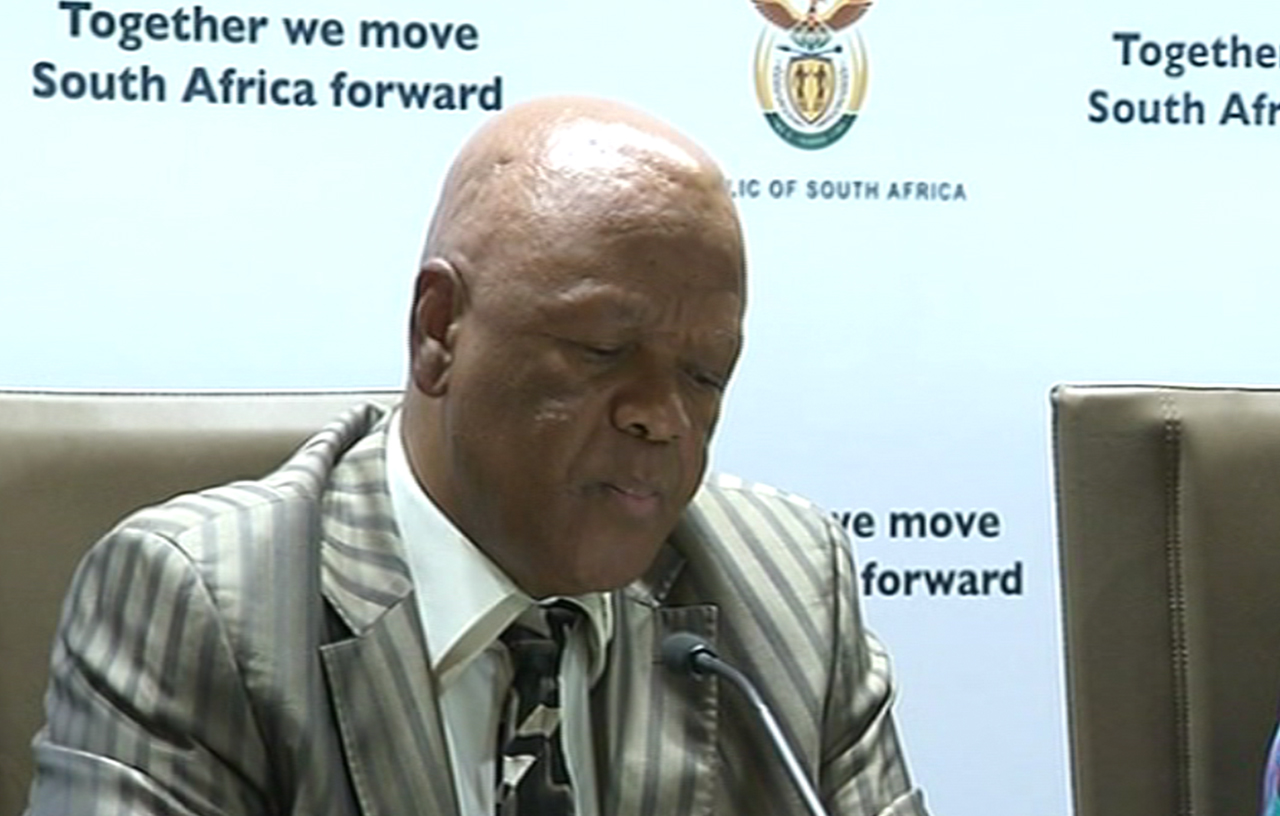 Minister in the presidency Jeff Radebe says ministerial appointments are the sole responsibility of the president.

PRETORIA – Defeating corruption is virtually impossible unless everyone works together “conjointly as one coherent force”, Minister in the Presidency for Planning, Monitoring, and Evaluation and chairman of the National Planning Commission Jeff Radebe said on Sunday.

Speaking in his capacity as chairman of the anti-corruption inter-ministerial committee (ACIMC) at the launch of an anti-corruption discussion document strategy in Pretoria, he said: “None of us gathered here can gainsay the fact that the defeat of the spectre of corruption is well-nigh impossible unless and until we act conjointly as one coherent force bringing to bear all our respective expertise, capacities, and resources.”

The National Development Plan thus recognised that corruption was a societal issue that should be confronted head-on by everyone. “Accordingly, in addition to the reactive law-enforcement focus and to support our policy development we have conceptualised a ‘whole of government and societal approach’. This is to ensure that acting in concert government, business, civil society organisations, and ordinary citizens can each do their part to act against corruption.

“It is intended that the envisaged strategy should address corruption, both in the public and private sectors. It must further inform the work of government and the citizenry in its broadest sense. Together, as part of the international community, as country and individuals we must act with integrity and work collectively to fight against this debilitating scourge that is tainting our country’s status and that erodes the constitutional values we hold dear,” Radebe said.

“As government, we are well aware of the magnitude of this task as well as the pervasive scepticism and wide-spread negative perceptions with which our efforts to fight corruption are viewed.

“In our view, there is no basis for this negativity, especially if regard is had to the numerous initiatives that we have set in motion as well the more than modest success we have recorded in the course of wrestling the corruption beast. This in no way negates the rampancy of the scourge of corruption. In this regard it is worth recalling that corruption is a global phenomenon and its manifestation is not unique to our country,” Radebe said.

“The task of overcoming this malfeasance remains one of the major priorities of the South African government and in this connection, we have numerous agencies and institutions as well as many dedicated and tenacious public servants and law-enforcers working towards ridding our country of corruption and corrupt people.”

Endeavours to hold people accountable and to bring corrupt elements to book was paying a dividend, including the goal of ensuring that by 2019 a cumulative number of 120 people involved in high priority corruption cases were convicted.

These cases consisted of those matters in which potential corruption per case was to the value of R5-million and above. Since 2014 to date the number of people convicted in this regard stood at about 66, he said.

“Beyond the aforementioned convictions we also employ a mechanism with which, pending investigations or prosecutions, we freeze assets of persons suspected of being involved in corruption so as to prevent them from benefitting from the proceeds of crime. From 2014 to date freezing orders obtained amount to R4785 billion.”

The Special Investigating Unit (SIU) had from the start of the 2014/15 financial year to the end of 2016/17 recovered assets of about R230 million while the value of the potential loss prevented came close to R1.4 billion.

“Furthermore, the value of contracts and/or administrative decisions set aside or deemed invalid was close to R4.6 billion. The SIU has also referred certain matters for the institution or defence/opposition civil proceedings. The quantum of these matters is approximately R5 billion,” Radebe said.