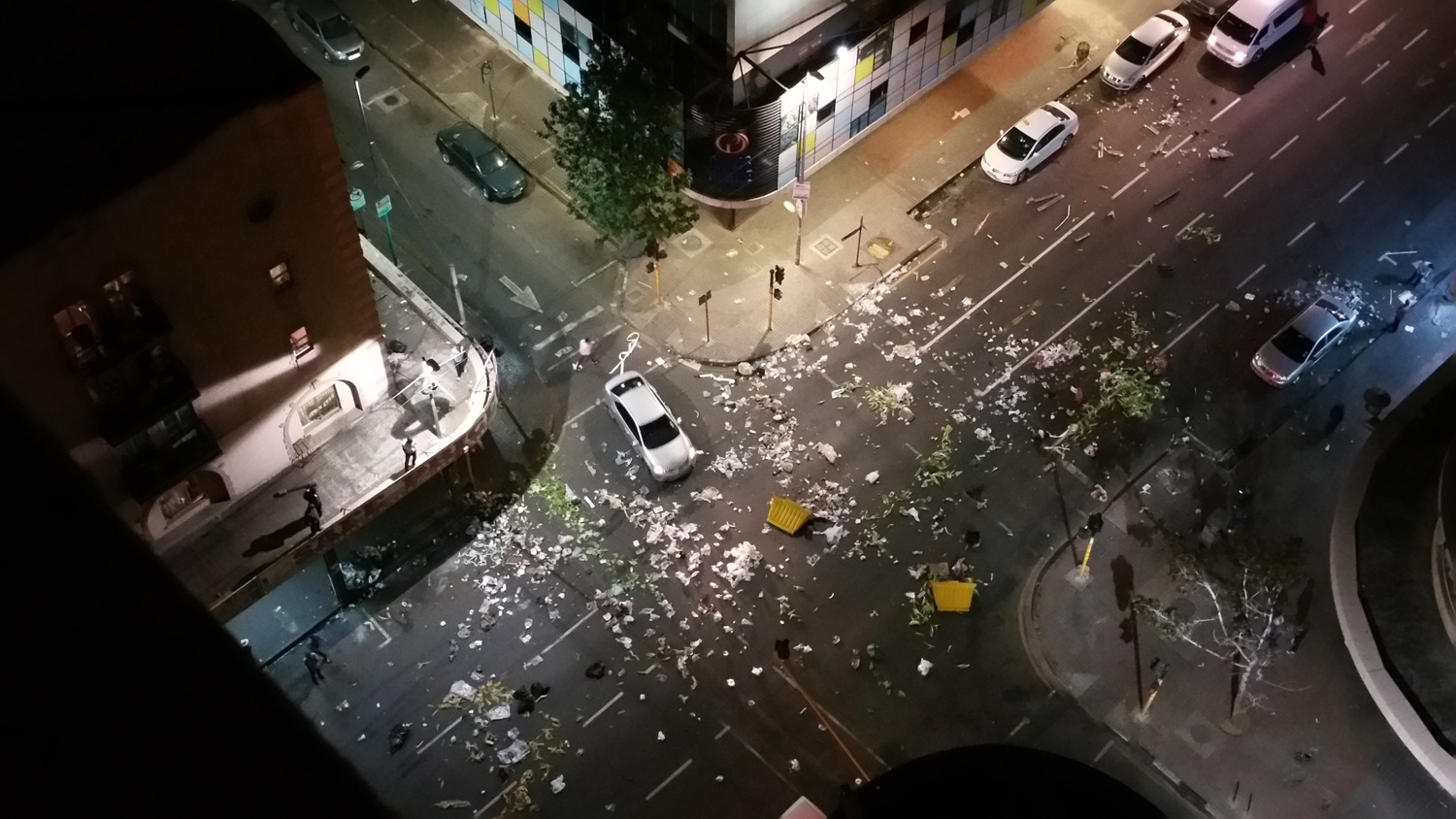 Joburg Mayor Mashaba announced last month he would cancel the Citys R1 billion co-production programme [email protected] which was spearheaded by the previous administration, saying that it was littered with patronage.

JOHANNESBURG - A large group of about 200 [email protected] protesters left a trail of destruction in their wake in central Johannesburg late on Wednesday night as some residents continued to express objection against the canning of the programme.

The protesters, who were wearing their trademark yellow overalls, made their way up Bree and Jeppe streets in the city centre, and turned on Rissik street facing the City council offices all the while upending and breaking rubbish bins into the street.

City of Johannesburg Public Safety MMC, Michael Sun, says officials are trying to check if the people who went on a rampage last night, are indeed [email protected] employees.

“From the public safety aspect we are investigating. Because as you would understand, we don’t want innocent [email protected] workers to be blamed for something they didn’t do. A yellow overall is very easy to obtain. But those that are wearing any kind of clothing in the disguise of innocent people’s name must be brought to justice.”

A Pikitup truck that was collecting rubbish in the vicinity had to speed away in a hurry after it was chased and workers threatened with sticks.

Protesters, who were busy chanting slogans against Joburg mayor Herman Mashaba, flatly declined to be approached for comment.

Mashaba announced last month he would cancel the City’s R1 billion co-production programme [email protected] which was spearheaded by the previous administration, saying that it was littered with patronage.

[email protected], a programme designed to allow communities to partner with the city in the delivery of municipal services in their neighbourhoods, was launched in September 2014.

Speaking to ANA on Wednesday, Mashaba’s spokesperson Tony Taverna-Turisan said the City would continue to honour existing contracts under the programme as it continued the process of revamping the [email protected] programme.

Taverna-Turisan said that no jobs have been lost as a result of the City’s decision to revamp the programme, adding that all community members currently employed under [email protected] would continue working under the programme until the completion of their contracts.

Taverna-Turisan said once the City’s new project is launched, it would directly employ workers within the City, ending the City’s reliance on Capacity Support Agent (CSA), middle men who would outsource the work.

Meanwhile, a Council Sitting in Braamfontein where Mashaba was scheduled to table the City’s 2016/17 Medium-Term Revenue and Expenditure Framework for adoption was thrown into a state of chaos when at least 300 people, alleged to be members of the Johannesburg Social Movement (JSM), stormed the into the chamber.

The JSM protesters were marching on the Joburg Council to express their displeasure at the cancellation of the [email protected] programmes by Mashaba.