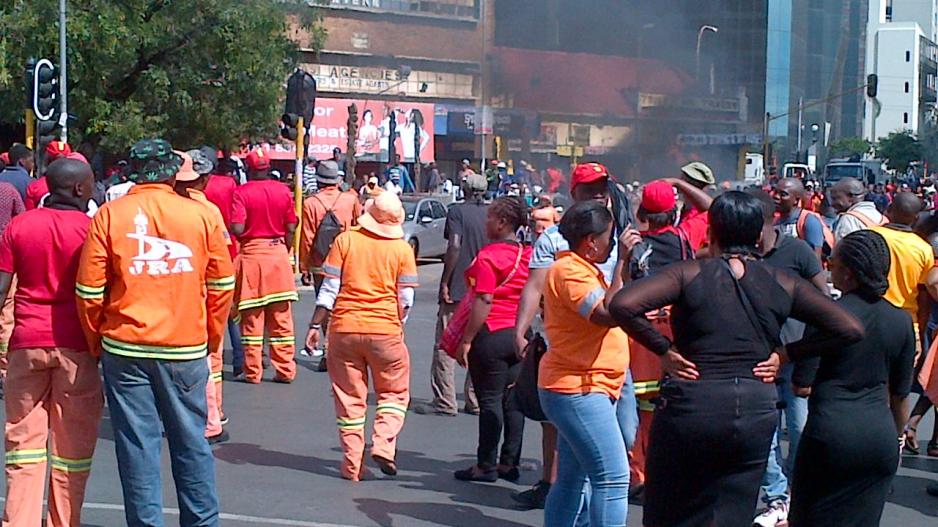 JOHANNESBURG – Johannesburg Metro Police warned motorists to avoid Sauer and Bree Streets in the city centre on Wednesday morning after protesters went on the rampage.

JRAstrike Must say that bill board is in a rather interesting place... pic.twitter.com/Iti70DTrdr

“The situation is tense. Protesters have blocked the road with burning tyres. They have gathered in front of JRA’s offices. Police are at the scene. No arrests have been made. We advise motorists to use alternative routes,” said Minaar.

“The strike action by some members of the agency is illegal. We have not received a list of demands, however, we believe that the strike has to do with issues related to the interchange projects and non-payment of performance bonuses for the financial year 2014/15,” said Peter-Scheepers on Tuesday.